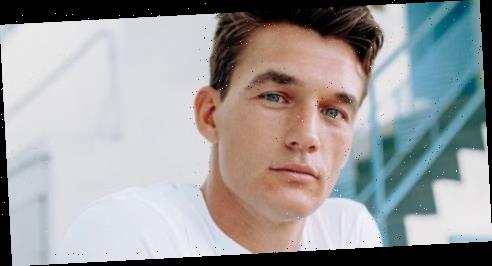 Okay, so ever since Tyler Cameron and Gigi Hadid split a few weeks ago, all I’ve been able to think about their breakup is, “does this mean that Tyler and Hannah B. are going to get back together??” And clearly I’m not the only one, because Tyler was just asked about that exact question, and his answer…wasn’t super helpful.

The very handsome Bachelor star talked about Hannah with Us, saying, “We’re friends and I think she’s an incredible girl and I have so much love for her and I want her to be successful and have the best. I don’t know about the future. I’m just trying to worry about today and tomorrow, you know?” And while that’s not a yes or a no about possibly rekindling things, what I’m choosing to take from that is that he’s open to something happening between them again (and I’m also choosing to believe that “the future” is in, like, two weeks).

But Tyler also added that he’s not focusing on dating right now, and especially not women from the Bachelor franchise. “I don’t mean no in a negative way, I’ve just never thought of it,” he said. “Like, here’s beautiful girls and great girls I’ve met, but I haven’t even thought about dating in that sense. I only know a few of them and they’re all great…But like I said, dating girls is, like, the least of my worries right now.”

And yeah, that seems kind of fair considering he only recently became famous and is probably trying to figure out what to do with his career. But maybe another reason why dating isn’t high on his priorities is because he’s also currently dealing with Gigi publicly shading him? TBD!