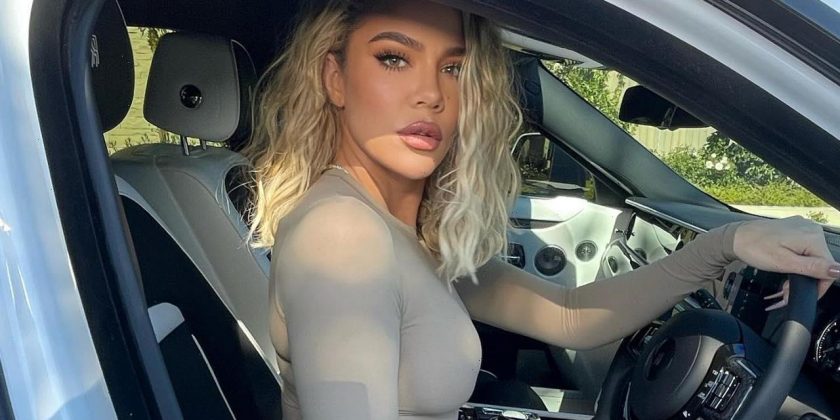 The former ‘Keeping Up with the Kardashians’ star gets ridiculed on the Internet after she shares photos of her wearing a sexy bodysuit along with a cryptic caption.

AceShowbiz –Khloe Kardashian has become the latest meme on the Internet. After the TV personality shared some photos of herself on Instagram, many people roasted her with some likening her hands to “chicken feet.”

In the said pictures, the former “Keeping Up with the Kardashians” star was seen wearing a form-fitting SKIMS nude bodysuit that hugged her curves with thigh-high Louis Vuitton boots. She struck some sultry poses inside and outside a white car.

However, what stole people’s attention the most was her hands that looked lighter than her face. “Why your hands looking like a chicken feet?” one person asked, while another echoed the sentiment, “Something about khloe hands not matching her face is bothering me… why it look like somebody put acrylics on a raw chicken foot.”

A third individual penned, “Khloe got that Resident Evil: Revelations era hands.” Someone else then chimed in, “Khloe Kardashian’s hands look like the hands of what I imagine lives under my bed and grabs my ankles in my sleep.”

Khloe uploaded the photos on Thursday, January 27. In the caption, the daughter of Kris Jenner apparently called out her baby daddy Tristan Thompson after he’s spotted spending time with a woman in a nightclub. “Betrayal rarely comes from your enemies,” she wrote.

“My actions certainly have not lined up with the way I view you. I have the utmost respect and love for you. Regardless of what you may think,” the NBA star continued. “Again, I am so incredibly sorry.” Tristan was romantically reunited with Khloe when he had an affair with Maralee.