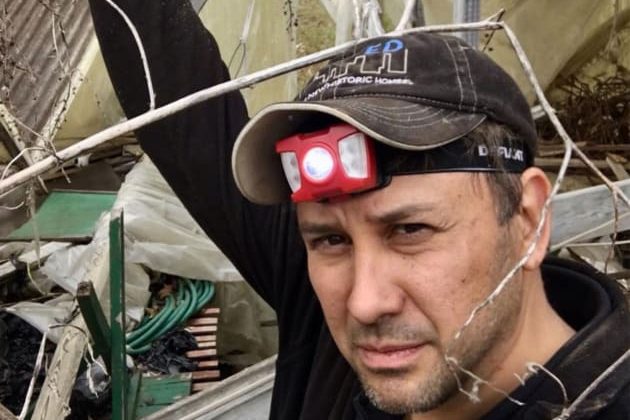 Very sad news today out of the television world.

Troy Dean Shafer, best known as the contractor and host of DIY Network’s restoration series Nashville Flipped, passed away in his sleep on April 28.

The reality star’s brother, Tim, told TMZ that there were no warning signs and no previous medical conditions that would have given anyone close to Shafer cause to be concerned.

The family remains in shock over the heartbreaking news.

This same gossip website reports that the coroner’s office in Erie, Pennsylvania had not yet performed an autopsy on Troy’s body — but a toxicology report will be finalized in the weeks ahead.

Until then, those close to Shafer and those who worked with him will remain perplexed over what transpired.

“The DIY Network family is sorry to hear about the passing of Troy Dean Shafer, a dedicated, driven entrepreneur and restoration expert who was admired by everyone who worked on the series,” the network has said in a statement, concluding:

“We continue to extend our deepest condolences to Troy’s family and friends during this difficult time.”

Shafer was laid to rest in a small ceremony last week.

He graduated from Penn State University and had actually moved to Nashville to pursue a career in singing.

Ultimately, though, he utilized his construction skills and pitched a home renovation show based in this beloved city, one that focused on homes from the 1800s and early 1900s.

The series, Nashville Flipped, also starred Rob Kuskin and Sean Roberge and premiered in April of 2017.

A year earlier, Shafer opened about his many TV offers but said many had been looking for a “character” — and that just wasn’t him.

“They were looking for some over-the-top drama, and I get it. That makes good TV, and that’s the way a lot of house flipping shows are, but that’s definitely not me,” he told The Nashville Ledger at the time, adding:

“I’m not dramatic, and even if I was, I wouldn’t go on TV and broadcast it, because the show may last one year, but I need this company to last.

“I want to pass this down to kids.

“I don’t want anyone thinking anything other than who I really am.”

Shafter was partly popular due to this sort of attitude; simply put, he kept things real.

Meanwhile, according to Erie County Coroner Lyell Cook, there’s a very good chance that drugs played a role in this unexpected passing.

“Given the situation, we strongly suspect drugs were involved and a factor in his death,” Cook told Radar Online.

However, he will not know for certain until the results of the toxicology report come back.

Shafter is survived by his parents, Timothy and Janey Shafer; his brother Tim; as well as a niece, cousins, aunts and uncles – and his wife, Becky, who he married in 2014.

May he rest in peace.

The Most Shocking Reality Star Deaths: Gone, But Not Forgotten