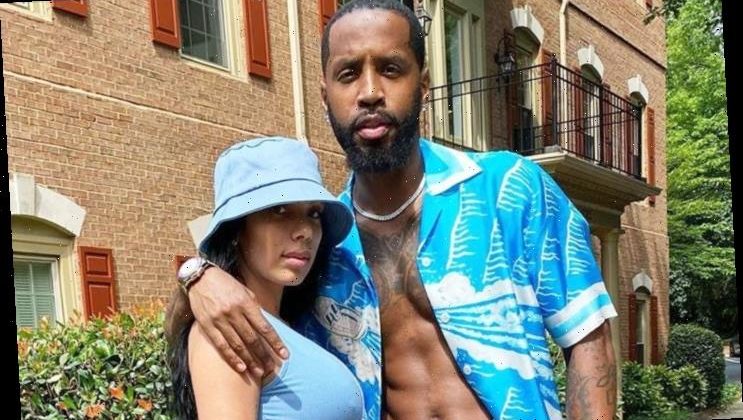 Further adding fuel to rumors of their rocky marriage, Erica brings her daughter to a tropical without her husband and ‘Love and Hip Hop: New York’ co-star.

AceShowbiz -Is there trouble in paradise in Safaree Samuels and Erica Mena‘s marriage? The pair sparked the rumors after people found out that they’re no longer following each other on Instagram, though Erica is still carrying her married name in her profile.

Further adding fuel to the rumors, Erica brought her daughter to a tropical vacation without Safaree, who apparently was busy working in the studio as seen through Instagram Stories. Erica herself has been busy documenting her trip with her social media followers, with one post showing her and daughter together in the pool.

Erica captioned the heartwarming post, “MY Kids. This is what my life is about! Priorities be really f**ked up for some people. Blessed I’m not one of those idiots.”

Neither Erica nor Safaree has responded to rumors of their marriage trouble.

Erica and Safaree tied the knot in October 2019 and welcomed their first child together months later in February 2020. Ever since then, the pair have often shown a united front and backed each other up. For instance, earlier this year, Erica clapped back at critics who always make fun of Safaree for being what they deemed “corny.”

Defending her “Love & Hip Hop: New York” co-star, Erica said at the time, “I find it kinda interesting how when a man is comfortable with being himself, loves life, makes the best out of things, isn’t fake hardcore trying to be hard, ain’t calling queens out their name…when a man is legitimately confident with himself, when a man enjoys life and enjoys making the best out of things, dances because he feels good inside, says what he wants to say because he means it and is really a good all-around man…why is that corny for y’all females?”