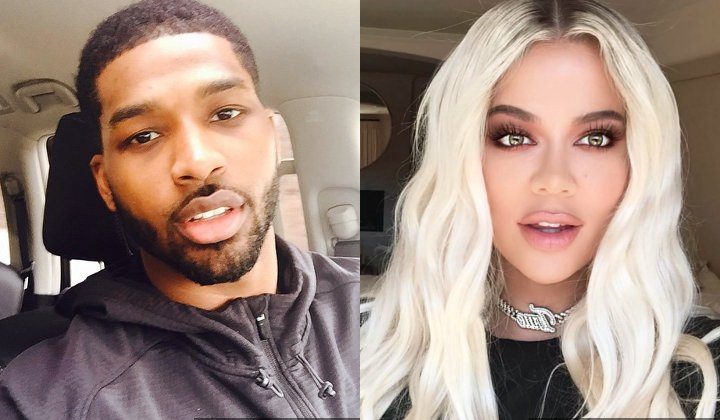 ‘The sun is shinning bright on a beautiful [diamond],’ the Cleveland Caveliers star writes underneath an Instagram photo of his baby mama basking in the sun.

AceShowbiz –Tristan Thompson apparently has yet to learn his lesson after facing backlash over his flirty comment to Khloe Kardashian. The Cleveland Cavaliers player once again shot his shoot with his baby mama after she posted on Instagram on Thursday, September 26 a beautiful photo of herself basking in the sunshine with a rainbow bouncing off the camera’s lens.

Khloe wrote in the caption of the post, “May you have the courage to explore every dream you dream.” Many of her followers were loving her new photo and showered her with gushing messages in the comment section, including Tristan. The NBA star wrote underneath the sunny photo, “The sun is shinning bright on a beautiful [diamond].”

People couldn’t stop roasting Tristan after taking notice of his comment. One told the athlete to “get it together,” while someone called him “delusional.” One other urged him to “leave her alone and allow her to HEAL Lil Boy!!” One individual, on the other hand, described him as “the epitome of every man who wants to keep a good girl in his pocket while he messes around with the entire city.”

“Lord the manipulation! I’ve been down this road several times,” a person commented, as another user deemed him a “sick” man. Some others, meanwhile, were hoping for Khloe not to even consider rekindling their romance. “Khloe I have faith in you. Don’t mess your life up,” an individual said, while another told her to “block this negro sis.”

Tristan first sparked fury after he left a comment that read, “Perfection,” underneath a series of photos of Khloe channeling Anna Nicole Smith. Even after he deleted the comment, the backlash didn’t subside as Wendy Williams also blasted him in an episode of her talk show, “My thought is that Tristan and Khloe will always have to be involved with each other in some sort of way because they have that baby. Leave her alone! She’s obviously done with you.”