Trinny Woodall has spoken of the effect her ex-husband Johnny Elichaoff’s death had on their daughter, Lyla, now 19.

The businessman died in 2014 aged 55. ‘The impact of something really big when you’re younger makes you, in some ways, grow up a lot, and in some ways remain a child for longer,’ says beauty entrepreneur Trinny, 58.

She adds on the How To Fail podcast: ‘I look in wonder at Lyla and think: “You so believe in yourself, even though it’s the weirdest upbringing you had and the most profound things happened to you”.’ 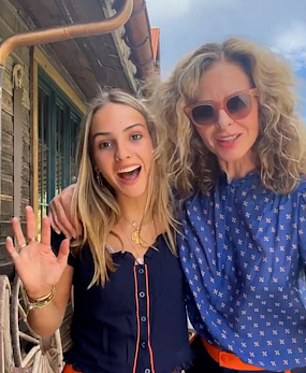 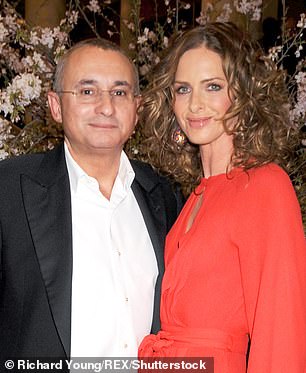 Trinny Woodall has spoken of the effect her ex-husband Johnny Elichaoff’s death had on their daughter, Lyla (left), now 19

Once head boy at Gordonstoun, the £46,650-a-year Scottish boarding school which his uncle, the King, reputedly described as ‘Colditz in kilts’, might Peter Phillips now follow brother-in-law, Mike Tindall, by trying to become king of the jungle?

I ask the once unthinkable question because Phillips could do with the cash — as could City Racing, the company he established a decade ago with the ambition of staging full-on horse racing through the streets of cities around the world.

It’s yet to host a single race meeting, while its latest accounts suggest it’s hobbling badly and might even be heading for the knacker’s yard — barring an invigoratingly massive injection. 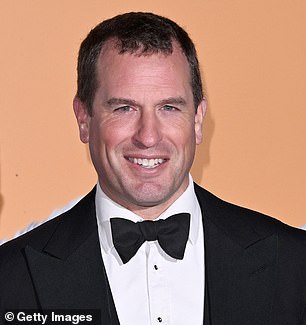 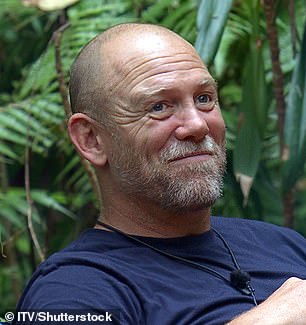 ‘A series of additional test and development events have resulted in a loss for the year,’ acknowledges the accompanying report. Regrettably for Phillips, 45, he can no longer rely on a cash infusion from SEL UK, the events company he founded which organised the £150-a-head lunch for 10,000 in The Mall for the Queen’s 90th birthday.

SEL was paid £750,000, but has struggled to repeat that success. Phillips, who has two daughters with ex-wife Autumn, has resigned as one of the directors.

Perhaps City Racing will suddenly spurt ahead? Phillips and his co-directors report that they have ‘the financial support necessary’ to enable it ‘to continue in operational existence for the foreseeable future’.

Curry night is Perfect for Sheeran

Pop stars Ed Sheeran and James Blunt wrapped up warm as they took their wives out for a curry, but let’s hope things didn’t get too spicy.

Sheeran, 31, and his wife, Cherry Seaborn, 30, went to Gymkhana restaurant in Mayfair with Blunt, 48, and Sofia Wellesley, 39, granddaughter of the 8th Duke of Wellington.

During one previous get-together, at Prince Andrew’s Windsor home, Sheeran ended up with a nasty cut on his cheek after their pal Princess Beatrice pretended to ‘knight’ Blunt, a former Household Cavalry officer, with a ceremonial sword. 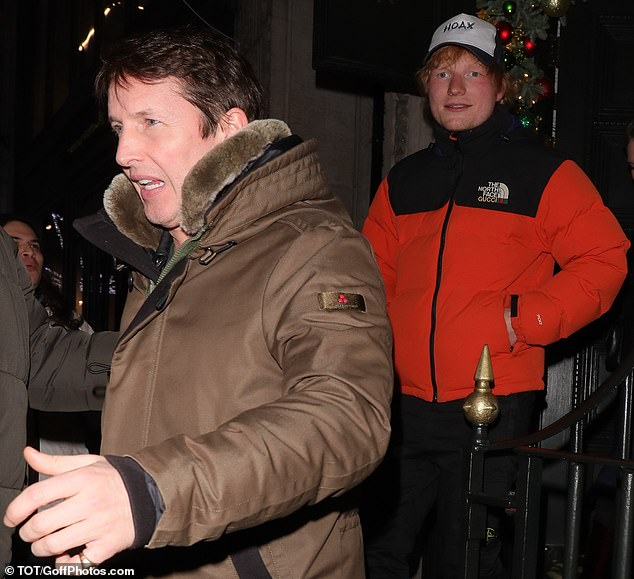 Pop stars Ed Sheeran (right) and James Blunt (left) wrapped up warm as they took their wives out for a curry, but let’s hope things didn’t get too spicy

A timely tip on what not to give as a Christmas present comes from the Countess of Carnarvon, whose unwelcome gift from her husband, the Earl, once led to a rather frosty silence.

Fiona Carnarvon, whose husband Geordie’s family seat is Highclere Castle where Downton Abbey is filmed, says: ‘Men spend ridiculous sums of money on Christmas Eve, panic-buying presents because Christmas once again has caught them by surprise. Geordie staggered in on Christmas morning bearing something that seemed deliciously heavy for me to unwrap. Excited and mystified I found — a pestle and mortar.’

Spare a thought for MPs who are being hit by the cost of living crisis, too.

Their Commons branded champagne has gone up by £1.45 a bottle. Our politicians are fed and watered in a host of taxpayer-subsidised bars and restaurants. And they must now pay £38.70 for fizz at the Strangers’ Bar, which was £37.45 in September last year. At that time, a pint of Carlsberg was £3.56, while it had gone up to £3.70 by April.

Some pubs in London are now charging £7 a pint.

‘Our services are not directly subsidised and all food and drink is sold above cost price,’ says a Commons spokesman.

Nancy Dell’Olio, former inamorata of ex-England manager Sven-Goran Eriksson, made a beeline for the head of the Army, Sir Patrick Sanders, at the Vina Carmen Cigar Smoker of the Year Awards.

‘We talked about a lot of world affairs and wars, and I told him I did not agree with the war in Ukraine.’ Sadly for Nancy, 61, Sir Patrick, 56, is already taken: he’s happily married to author Fiona Bullen. 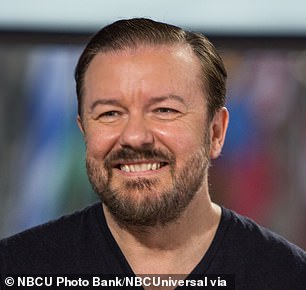 The Office star has made a profit of £4.4 million at his production business, Red Lion 100

It should be a very merry Christmas for Ricky Gervais.

The Office star has made a profit of £4.4 million at his production business, Red Lion 100. Its earnings, run-up in the year to March, take accumulated profits to £13 million.

Assets included cash at £14.5 million, while £1.5 million worth of bills were due, including £1 million in corporation tax.

The comedian, 61, lives in North London with girlfriend Jane Fallon, whom he met at London University.

He has previously observed of his wealth: ‘I know it sounds a lot, but remember, I donate a lot of this to good causes (the Inland Revenue mainly).’

Billie Piper sounds like she would liven up any Christmas bash.

Which, I should explain for the uninitiated, is a dance move.

It was only when he played it to her that the model’s attuned musical ear made him realise it was better than ‘OK’. Speaking in an online Q&A, Macca says: ‘I remember I played it for Twiggy, and she went crazy saying: “This is great, it’s got to be the single.” So, that helped. It’s nice to see things through other people’s eyes.’ 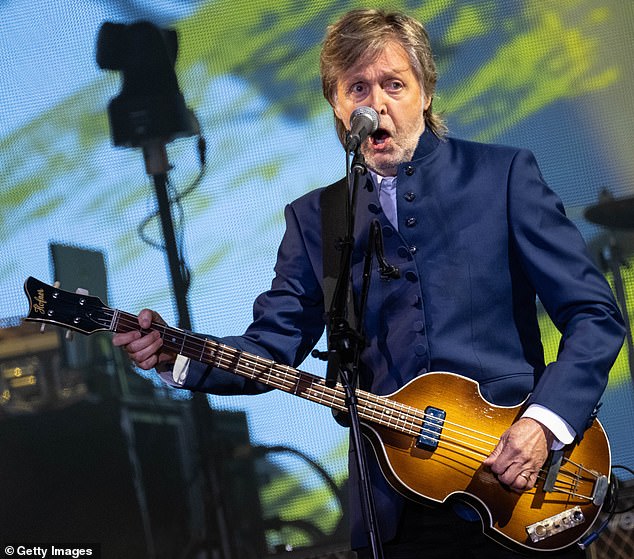