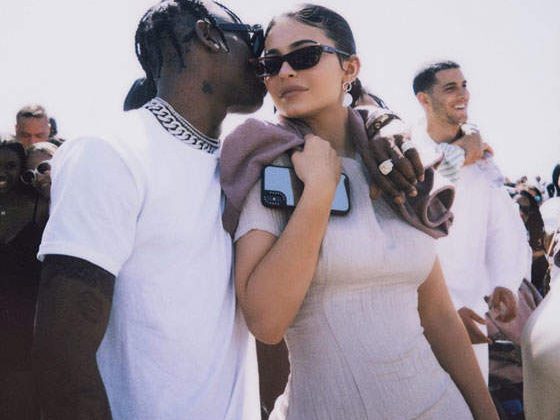 Back in March, the Koven tried floating around another cheating storyline for Keeping Up The Korrosion Of Decent Society. This one featured new favorite, Kylie Jenner and her man Travis Scott. It was rumored that Travis was stepping to the side with a chick and Kylie had found “evidence” on his phone. The plot line turned out to be a whole lotta nothing. Kris Jenner doesn’t like when her plans fizzle, so there’s another cheating rumor coming up, but this one is being fueled by the alleged side-chick herself.

RhymesWithSnitch says that Travis’ alleged mistress, a woman whose name is not mentioned but goes by the Instagram handle Yungsweetro, “crashed” his birthday party over the weekend. Not only did Kylie buy a billboard for Travis to wish him a happy birthday, she also threw a rager. This “gas station themed” birthday party, was a fully-funded fame whore affair with tons of sponsorships judging just from the videos Yungsweetro posted, so I don’t think it was possible for her to “crash” the party since I’m sure there was a guest list. I’m going to also assume that Kris put Yungsweetro on it to thicken up her plot line:

Kylie also posted pics from the event, confirming these two were at the same party: Yungsweetro sort of outed herself as Travis’ side piece when she was accused of “trolling” Kylie Jenner with some posts on Instagram:

I’m assuming that BD means “baby daddy” so she’s saying to Kylie: “tell your baby daddy thanks for the new watch.” Why do side-chicks love watches? I hate watches; pay my student loans.

And she put up these stories as well: 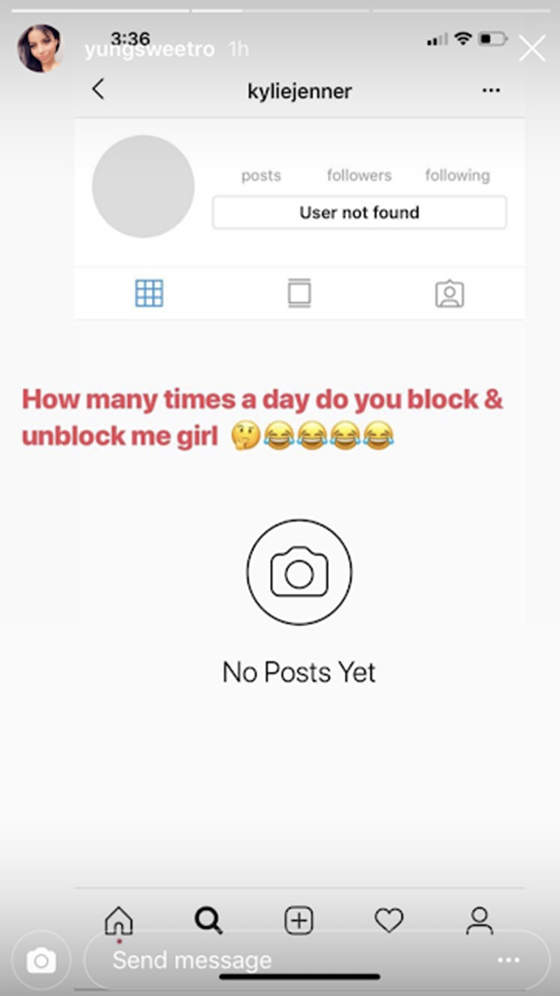 Yungsweetro has known Travis long before Kylie did, posting about him on her Instagram back in 2015:

Good luck to Kris Jenner with getting this storyline off the ground. You did such a good job setting up Khloé Kardashian’s next episodes, it’s time you find something for Kylie to do on camera other than look like Kim Kardashian‘s clone and sell makeup so other people can do the same. Time to really earn that billion dollars, Kylie–Earn it with heartbreak.