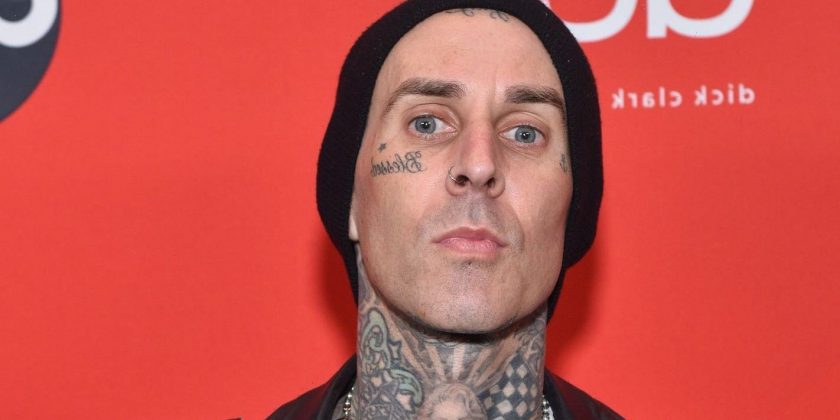 Travis Barker is calling his survival after a fatal plane crash a “wake-up call.”

The 45-year-old Blink-182 drummer was involved in a 2008 plane crash that killed most of those on board. While leaving a show in South Carolina, Barker’s plane overran the runway and caught fire, killing the pilots, his assistant and his security guard. Barker and fellow musician Adam “DJ AM” Goldstein managed to escape the accident. Goldstein died the next year from a drug overdose, making Barker the only currentsurvivor of the tragedy.

In an interview with Men’s Health published Monday, Barker said the crash motivated him to quit using drugs.

“People are always like, ‘Did you go to rehab?’ And I (say), ‘No, I was in a plane crash.’ That was my rehab,” Barker said. “Lose three of your friends and almost die? That was my wake-up call.”

In the interview, Barker said before the crash he smoked “an excessive amount of weed” and used prescription painkillers.

“If I wasn’t in a crash, I would have probably never quit,” he said.

Barker didn’t walk away from the crash unscathed. His body was badly burned, and he said he was told he would never run again and there was a chance that he wouldn’t be able to play drums anymore either.

He said he has struggled with PTSD after the incident.

“I couldn’t walk down the street. If I saw a plane, I was determined it was going to crash, and I just didn’t want to see it,” Barker said.

He said his PTSD is getting better, and that some days he will “wake up and never think about it,” but he keeps the memory forever on his body with tattoos to commemorate the crash victims.

“I have memorials on my legs for everyone that I lost in my plane crash, friends that have passed over the years, and my mom,” Barker said.

He also has tattoos to represent people he has gained over the years, like his girlfriend Kourtney Kardashian, who showed off the body art of her name tattooed on Barker’s chest in an April Instagram post.