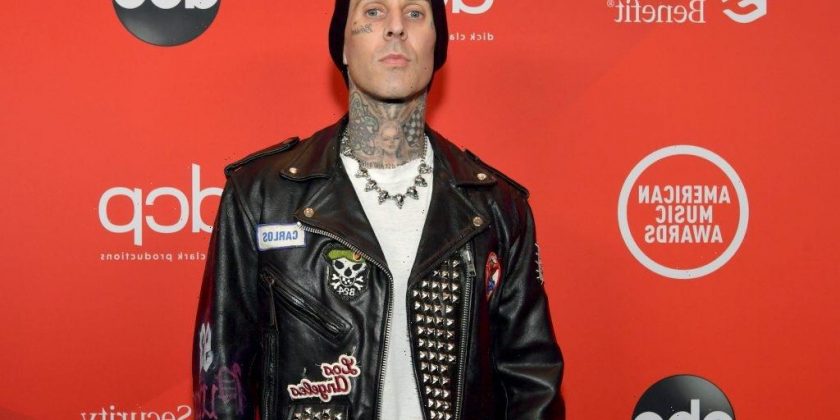 Travis Barker is an icon of the early 2000s. His band, Blink-182, released some of their best songs in the early aughts, and the music would come to represent the era. The celebrity’s new girlfriend, Kourtney Kardashian, rose to fame a little later. Keeping Up with the Kardashians first aired in 2007, making Kourtney a household name. Their eras may not have exactly crossed paths, but now that they’re together fans are loving it. The two seem totally in sync, and they’re already having a positive influence on one another. Barker seems incredibly grateful to have found Kourtney. That may be because he’s grateful in general. Barker almost died in 2008. The near-death experience changed his life forever.

Travis Barker was involved in a horrific car crash in 2008

Barker surviving this plane crash was a miracle. According to the NZ Herald, the accident took the lives of four people, out of only 6 passengers on the plane. Barker and his friend Adam Goldstein, also known as DJ AM, ran out of the plane, but they were the only two who could.

Barker recalled how he got out of the plane to Joe Rogan, “When I jumped through the emergency exit when the plane blew up, I was in such a hurry to exit the plane I jumped right into the jet, which is full of fuel … my whole body lit up. I had jet fuel in my whole body. I burped jet fuel for almost three months [after].”

In a futile attempt to get the fire off of himself, Barker began taking off his clothes. However, since the fuel was on his skin, it didn’t work. Luckily Barker heard a stranger through the crowd telling him to stop, drop, and roll. Barker was able to get the flames out, but not until he had been burned on over 65% of his body. According to ABC News, it took at least 27 surgeries for Barker to fully recover.

Barker needed multiple surgeries to heal from the burns. But it wasn’t just the physical trauma that affected Barker. He suffered immense emotional trauma following the crash. He was in the hospital for weeks, unaware that he and Goldstein were the only survivors of the crash. When he found out that the pilot and other passengers, some of whom were his friends, had died, Barker was devastated.

He told Joe Rogan he began begging his friends to help him end his own life. “I would call friends of mine and say, ‘Yo, I’ll deposit $1 million into whoever’s bank account,” Barker said. Luckily, therapy was able to help Barker get to a better place. It seems like Goldstein may not have been so lucky. According to People, the singer was found dead in his New York apartment just a year after the crash. The Medical Examiner declared his death an accidental overdose.

Barker didn’t give up, despite losing his friend Goldstein so soon after the tragic crash. Although he had been vegetarian for decades, he decided to go fully vegan after the crash. It ended up being one of the best decisions he’s made. Barker told the Men’s Journal that his new vegan diet gives him endless energy. “I can go all day, and after it all I never find myself getting tired. No matter what kind of shows I have done, or workouts I do on top of it, I still have to force myself to sleep at night.”

His new girlfriend Kourtney is very health-conscious, but she’s not vegan. Kourtney still eats fish and chicken, although that may change now that she’s spending more time with Barker. The Blink-182 drummer has been getting his bandmates into veganism, and he’ll probably try and share his healthy eating tips with Kourt as well.