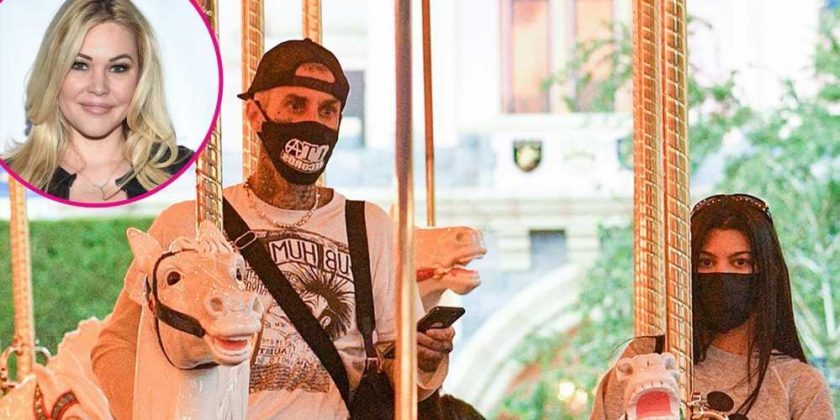 Happiest place on Earth! Travis Barker and Kourtney Kardashian spent the day at Disneyland with their kids amid Shanna Moakler drama.

The couple, who have been dating since late 2020, were spotted at the Anaheim, California, theme park on Wednesday, May 19, with all of their children, including Barker’s son, Landon, 17, and daughter, Alabama, 15, whom he shares with ex-wife Moakler, 46.

The Keeping Up With the Kardashians star’s three kids, Mason, 11, Penelope, 8, and Reign, 6, whom she shares with ex Scott Disick, were also along for the family fun day. The squad was photographed going on rides together and walking through the park. 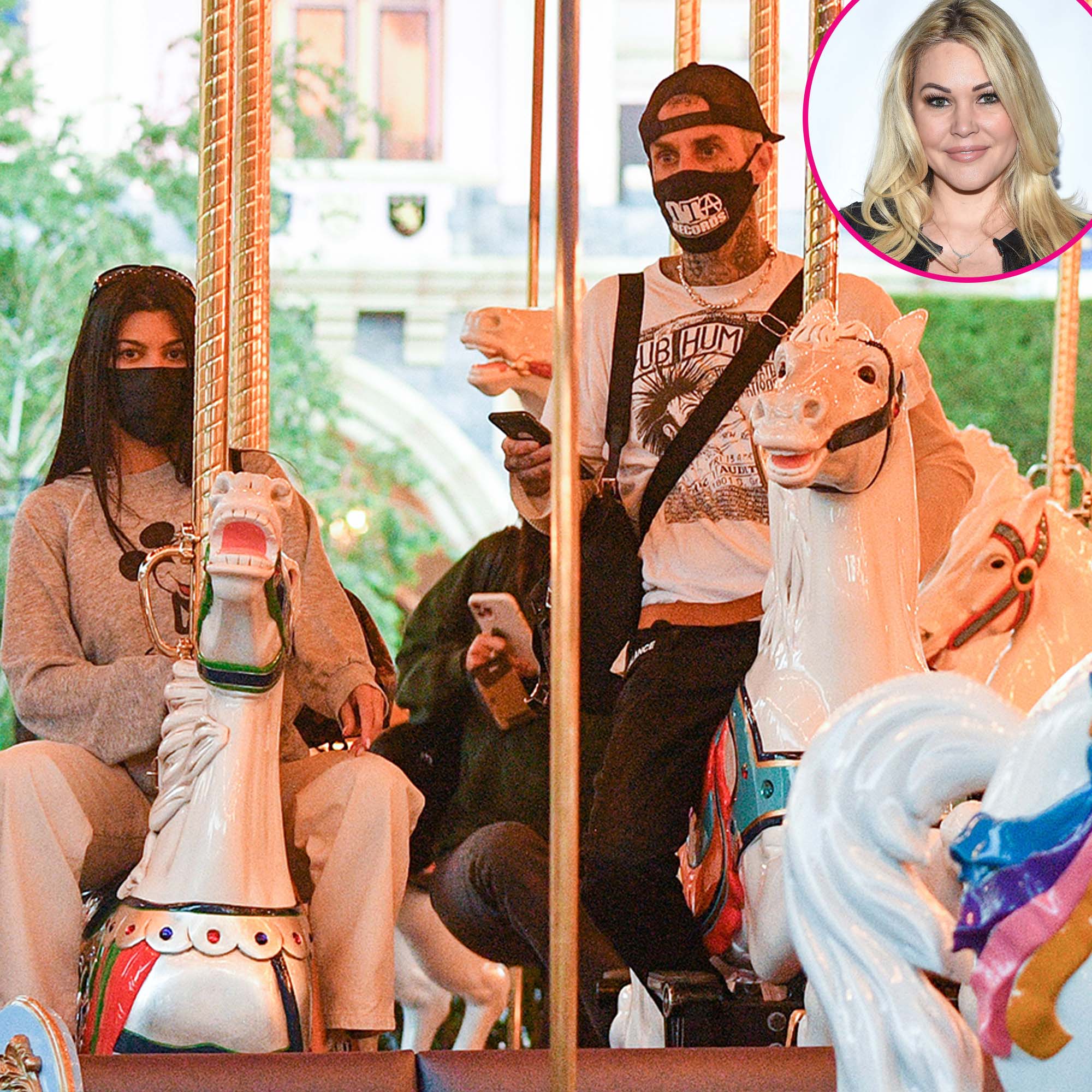 The Blink-182 musician, 45, and the Poosh founder, 42, channeled their inner children as they rode the carousel together during the outing. They were also seen holding hands as they roamed the grounds.

The day trip came one day after Barker’s ex claimed that she “caught” him having an “affair” with Kourtney’s sister Kim Kardashian while the pair were still married. Moakler exclusively told Us Weekly on Tuesday, May 18, that she divorced the drummer because of the infidelity. 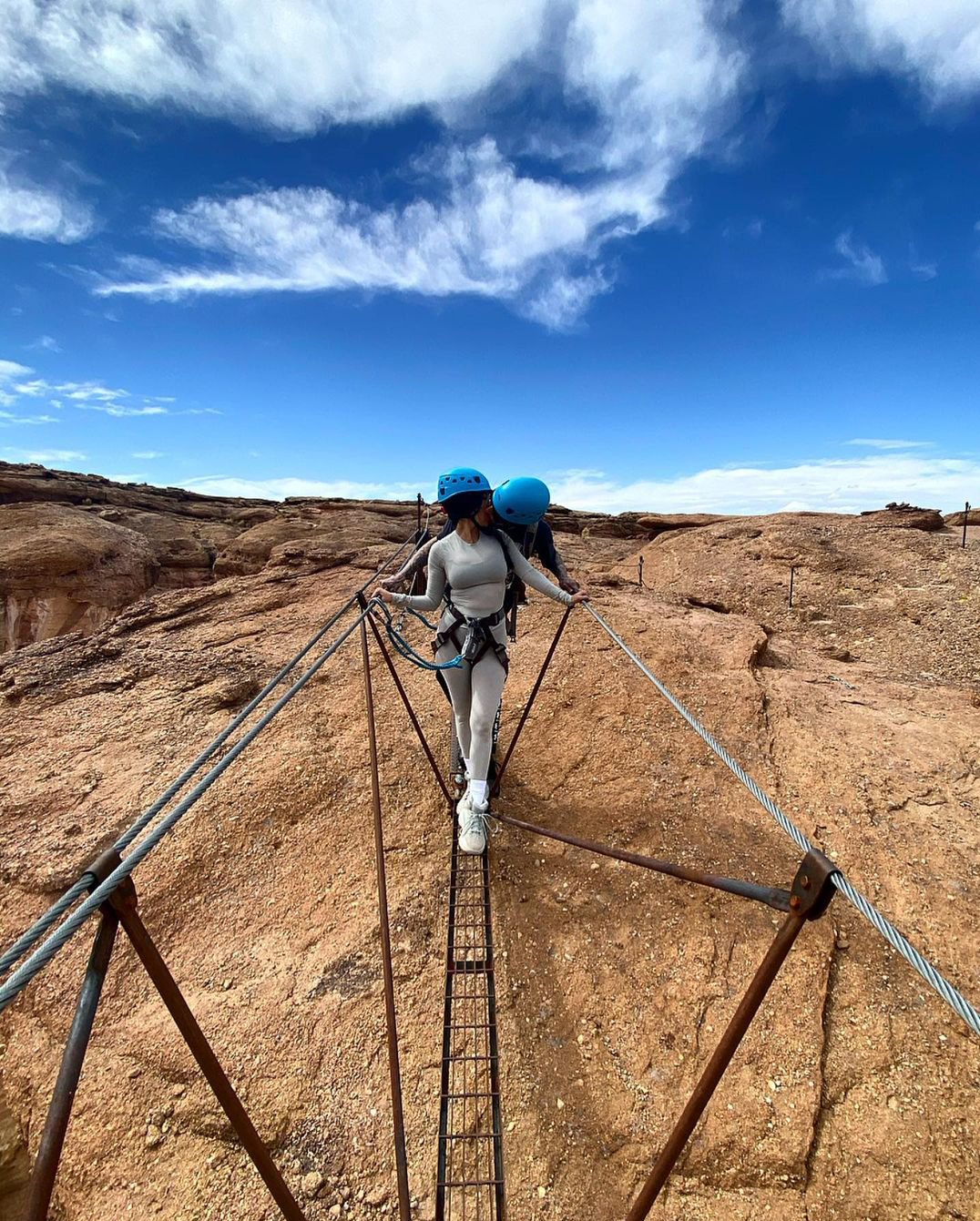 Barker previously spoke about this relationship with Kim, 40, in his 2015 book, Can I Say: Living Large, Cheating Death and Drums, Drums, Drums. At the time he revealed that he couldn’t stop “secretly checking out” the KKW Beauty founder on a trip to Amsterdam with her and Paris Hilton in the early 2000s.

He insisted in his memoir that he looked but “never touched” the reality star amid his rocky relationship with Moakler, whom he divorced in October 2008 after four years of marriage.

The former Miss USA, however, told Us on Tuesday that Barker is “100 percent” lying about not hooking up with Kim. “Someone sent me all their [text] conversations and I’m also close friends with people who were there, while things were happening,” she said.

The Meet the Barkers alum also told Us that the “I Think I’m OKAY” musician’s current relationship with Kourtney is “putting a wedge” between her and the former couple’s two teenagers.

“The Kardashians are buying my kids Prada every other day,” Moakler said, noting there is “severe distance” between her and her children now. “They’re going on lavish trips. They’re doing all these things, which is fine. I think it’s nice that they’re being kind to my kids. I want that for my children.”

While she insisted that she doesn’t care about Barker’s love life, Moakler alleged that his actions with Kourtney have begun to influence their children’s opinion of her.

“I don’t have any feelings toward either one of them, like, I’m not jealous of them, I don’t think about them,” she told Us. “Like, I’m in a relationship with Matthew [Rondeau] and we’re doing our own thing. If they want to run off into the sunset, like, by all means, but you know, don’t alienate my children in the process.”

Us confirmed in January that Kourtney and Barker were dating after years of being friends. “Travis is very smitten with Kourtney and has been for a while,” a source told Us at the time.

The couple have since put their love on display, posting sexy photos together and packing on the PDA as much as possible. Last month, Barker gushed about his girlfriend on her birthday after sending her a lavish floral arrangement and taking her to dinner.

“I f—king love you! You’re a blessing to this world,” he captioned a series of photos via Instagram on her special day.