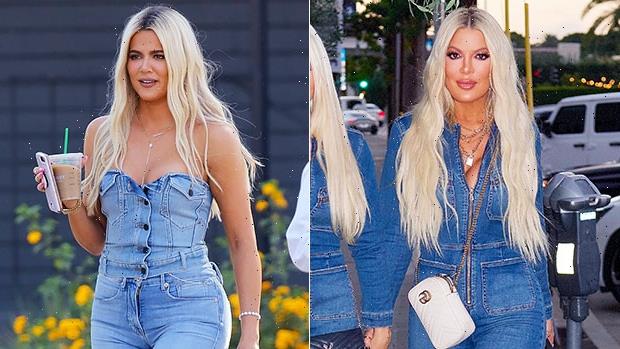 The ‘Beverly Hills 90210’ star complimented her makeup artist for being able to totally transform her look, after she was compared to Khloé.

Tori Spelling, 48, took the internet by storm, when she went out looking just like Khloé Kardashian, 37, on Friday September 3. The actress put plastic surgery rumors to rest in a Thursday September 9 interview with SiriusXM host Jeff Lewis. She debuted the look in a sweet selfie with her gal pal Jersey Shore alum Snooki. Tori seemed flattered by all the praise she got for the new look, but revealed the real secret to why she looked so great: contouring.

When the radio host mentioned that many people floated plastic surgery rumors, Tori laughed it off and was eager to tip her hat towards the makeup artist who made her look incredible. “I have an amazing makeup artist now. Her name is Hailey Hoff,” Tori explained. “She does makeup like no one else, and my face looks—I look completely different! I look like I’ve had a nose job and it’s straight now. It’s all contouring.” Tori tagged Hailey in the gorgeous photo she posted with her friend Laura Rugetti. 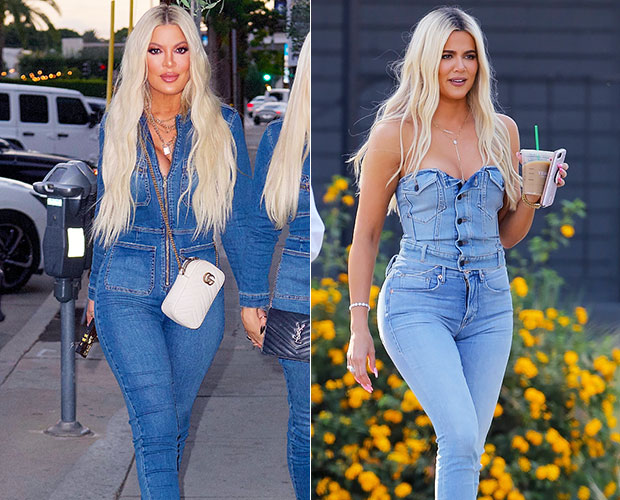 While Tori credited the contouring with her sexy new look, she also mentioned that another skin treatment may have also helped her look so great! “It could be the exosomes too, because they said my skin looks flawless,” she said. “Maybe I’m looking younger. They said I looked Snooki’s age. She’s 33. I’ll take that.” Tori seemed totally accepting of the comparisons. “I’m honored! Of course, she’s gorgeous,” she told TMZ shortly after the comparisons started flooding in.

In the SiriusXM interview, Tori also touched on recent photos of her out with her husband Dean McDermott, 54, as rumors have swirled that they split. The pair were spotted at the 39th Annual Malibu Chili Cook-Off, with their son Beau, 4, and daughters Hattie, 9, and Stella, 13. Despite the rumors, Tori said that the outing was a fun-filled family affair. “We did [have a good time]. We’ve been going to the Malibu Chili Cook-Off since Liam was one-years-old. He’s 14. So it’s a tradition. The family does it together every year,” she explained.