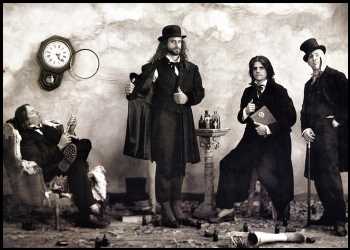 Tool is set to release their long-awaited new album on August 30, as per a video posted on the band’s Twitter.

According to Blabbermouth, the video appeared on the band’s social media just after they flashed “August 30th” on the big screen at their show in Birmingham, Alabama, on Tuesday, May 7. Frontman Maynard James Keenan reportedly encouraged fans to share the news via social media.

Tool debuted two new songs from the album – “Descending” and “Invincible” – during their headlining set at the Welcome to Rockville festival in Jacksonville, Florida, on Sunday, May 5.

The as-yet-untitled LP marks the band’s first album since 2006’s 10,000 Days. The L.A.-based rock band kicked off their U.S. tour on May 5. The 10-date trek wraps up on May 19 at the Chicago Open Air Festival in Bridgeview, Illinois.