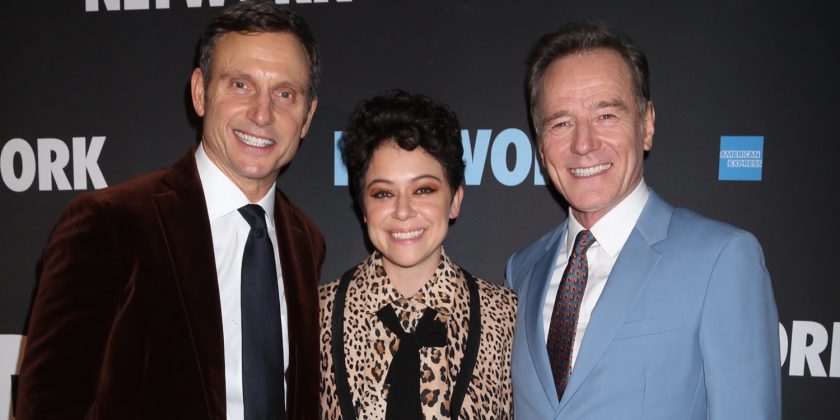 Tony Goldwyn, Tatiana Maslany, and Bryan Cranston buddy up on the red carpet at the opening night festivities of their Broadway show Network on Thursday night (December 6) at the Belasco Theatre in New York City.

Also stepping out for the event was Bryan‘s wife Robin Deadren.

PHOTOS: Check out the latest pics of Tony Goldwyn

The play is an adaptation of the Academy Award-winning film in which anchorman Howard Beale (Cranston) unravels live on-screen. But when the ratings soar, the network seizes on its newfound prophet, and Howard becomes the biggest thing on TV.

10+ pictures inside of the cast at the opening night event…