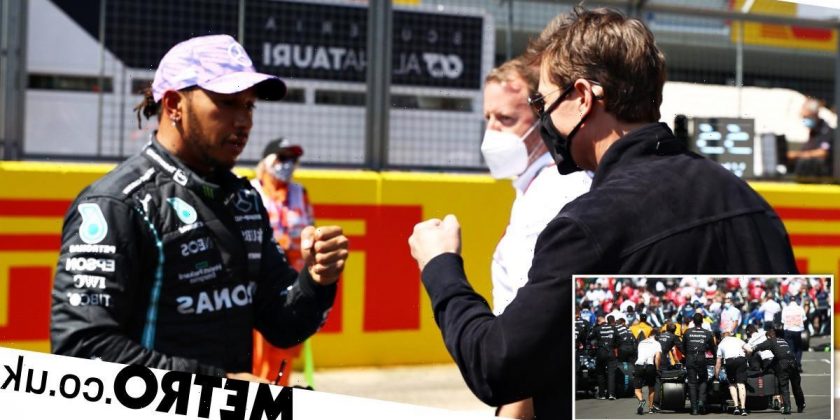 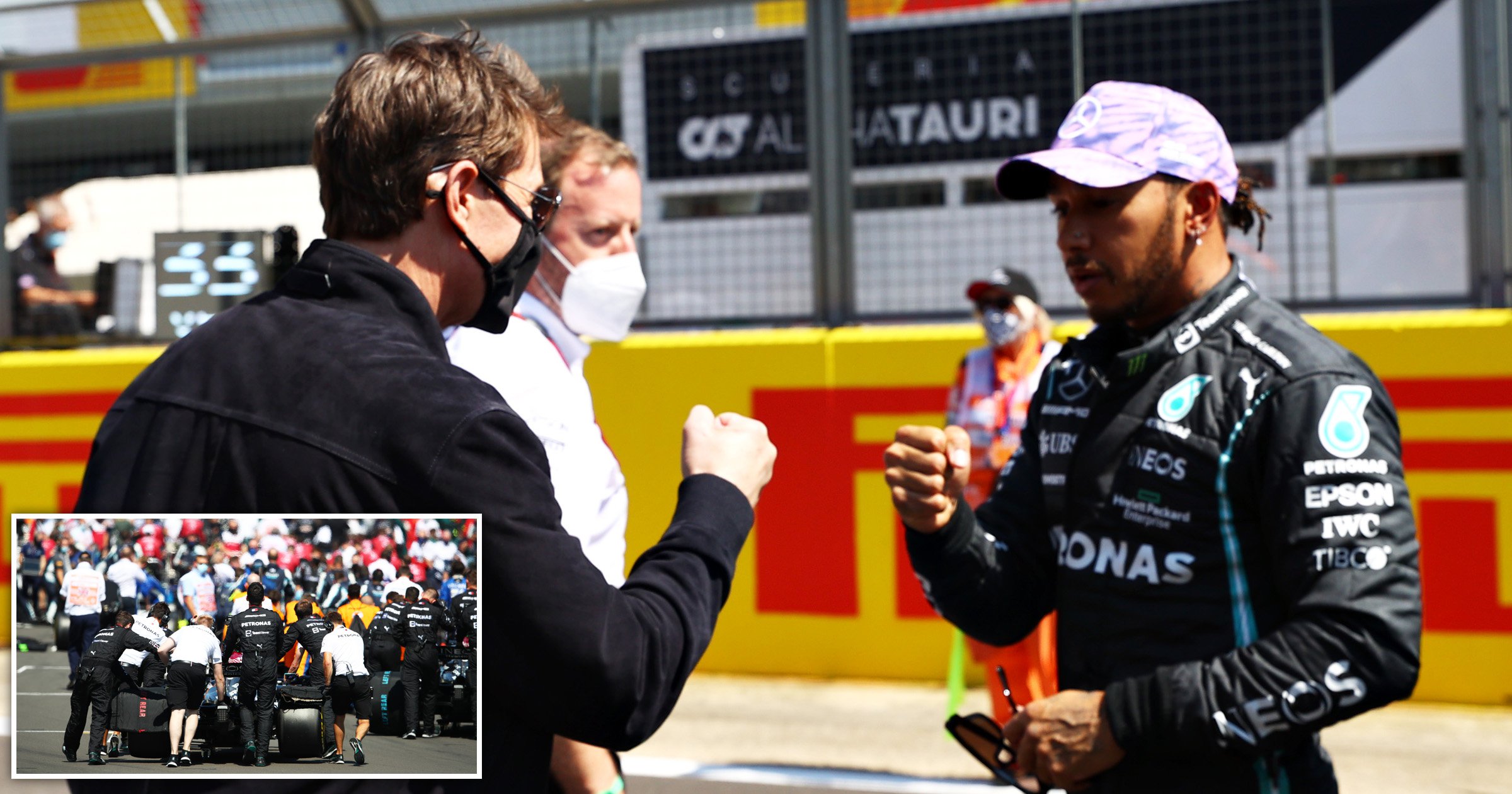 Tom Cruise has popped up at yet another sporting event in the UK, this time heading to the Formula One Grand Prix at Silverstone in Northampton, England.

The actor, who has been filming in the country, got to say a quick hello to driver Lewis Hamilton on the grid on Sunday.

Wearing a black facemask and jacket with a white T-shirt, he greeted the F1 star with a fist bump and a quick chat. Lewis, wearing a purple, Mercedes branded cap and his racing gear, was happy to say hi to a fan.

Making his way around the venue the Top Gun star was laid back and happily waved to spectators as he walked.

He was also seen speaking to Stefano Domenicali, the CEO of the Formula One Group, before the race kicked off.

It is the latest sport that Tom has been fortunate enough to rock up to as Mission: Impossible 7 continues shooting around the UK.

Earlier this month he attended both the women’s and men’s tennis finals at Wimbledon on July 10 and 11, where Ash Barty and Novak Djokovic triumphed. He was joined on each day by some of his MI: 7 co-stars including Hayley Atwell, and writer and director Chris McQuarrie.

Later in the day on the Sunday, the star was at Wembley Stadium for the Euro 2020 final – alongside David Beckham – where Italy were crowned the champions over England. He even found time to video call the national team ahead of the match.

He has been using his trusty helicopter to get around so it’s likely he jetted himself in to meet Lewis today.

So far filming has taken Tom to places as far flung as Venice, Italy, and North York, UK.