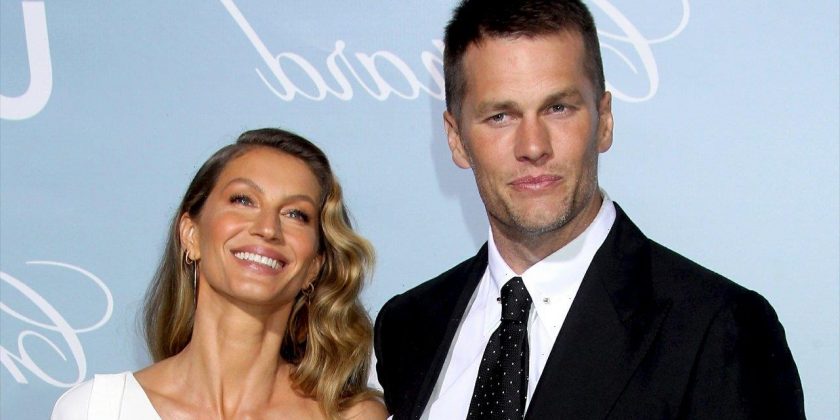 The Tampa Bay Buccaneers quarterback’s wife reportedly ‘gets mad’ and ‘says things like she’s leaving him’ after alleged heated argument about his return to NFL.

AceShowbiz –Tom Brady is putting his family first. If a new report is to be believed, the Tampa Bay Buccaneers quarterback is now focusing on being a “super dad” for his kids amid “serious disagreement” with his wife Gisele Bundchen.

A source told Page Six on Friday, September 2, “He’s with the kids, and is just trying to be super dad.” The source further detailed of the NFL star, “He’s very sad at the moment. Friends know they’ve had a serious disagreement this time.”

“It seems that Gisele gets mad and says things like she’s leaving him, but in the past, they’ve always made up,” the so-called inside source continued. “But maybe this time it is more serious.”

One day earlier, the news outlet reported that Tom and Gisele are in a fight because of his decision to return to the NFL. “Tom and Gisele are in a fight right now,” a source said. It was also divulged that the model has been away from the family’s Tampa Bay residence and in Costa Rica. The couple was said to have a “series of heated arguments” after the athlete canceled his retirement.

“There’s been trouble in the marriage over his decision to un-retire. Gisele has always been the one with the kids,” the insider explained. The informant went on to note, “They had agreed he would retire to focus on the family, then he changed his mind… They have a fiery relationship. Gisele is a bit hot-headed – she has that Brazilian heat!”

In March, Tom announced his return following his brief retirement. “These past two months I’ve realized my place is still on the field and not in the stands. That time will come. But it’s not now,” he declared at that time. “I love my teammates, and I love my supportive family. They make it all possible. I’m coming back for my 23rd season in Tampa. Unfinished business LFG.”

Then in August, Tom took temporary leave before the start of training camp. “Tom has been excused today. He’ll be taking… he’ll be back somewhere around after Tennessee,” said Tampa Bay Buccaneers head coach Todd Bowles during a press conference. “He’s going to deal with some personal things.”

Later when he showed up for the preseason debut in the exhibition final on August 27, Tom explained the reason behind his absence as saying, “It’s all personal.” He added, “You know, everyone has got different situations they’re dealing with so we all have really unique challenges to our lives. You know. I’m 45 years old, man. There’s a lot of s**t going on. So you’ve just got to try to figure out life the best you can. You know, it’s a continuous process.”