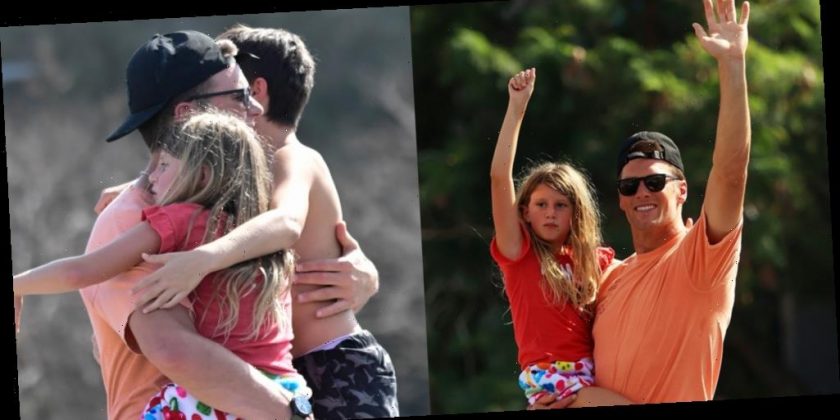 The 43-year-old dad of three and Super Bowl-winning, MVP quarterback of the Tampa Bay Buccaneers also brought his son Benjamin, 11, to the parade to celebrate with the rest of the team.

After the parade, it appeared as if Tom drunk-tweeted a video of himself being unable to walk by himself! The video is going viral – be sure to check it out.

Check out photos of Tom with his three kids – Jack, Vivian, and Benjamin – after he won the Super Bowl this past weekend. It’s unclear if Jack was at the victory boat parade as he lives in New York with his mom Bridget Moynahan!

The Tampa Bay Buccaneers won the Super Bowl over the Kansas City Chiefs over the weekend.