Tom Bergeron shared his thoughts on ‘DWTS’s Andrew Llinares stepping down from the ABC show and it was just a little bit messy!

Tom Bergeron is not afraid to throw some shade! On Thursday, when a fan asked the former Dancing with the Stars host what he thought about executive producer Andrew Llinares‘ split from the show after five seasons, Tom simply responded, “Karma’s a b**ch 😉.”

Deadline, who first broke the news, added that although the show has yet to receive a greenlight for the 31st season, they’re already looking for a replacement for Andrew.

Tom first announced his exit from the show on July 13, 2020, detailing the devastating details of losing the position he held since 2005. “Just informed @DancingABC will be continuing without me. It’s been an incredible 15 year run and the most unexpected gift of my career. I’m grateful for that and for the lifelong friendships made,” he tweeted. Within an hour, ABC announced that Erin Andrews, Tom’s co-host since 2014, also would not be returning to the show and that Tyra Banks would be the new host.

“Tom Bergeron will forever be part of the Dancing with the Stars family. As we embark on a new creative direction, he departs the show with our sincerest thanks and gratitude for his trademark wit and charm that helped make this show a success. Erin will also not be returning, and we appreciate all that she brought to the ballroom,” the network said in a statement. 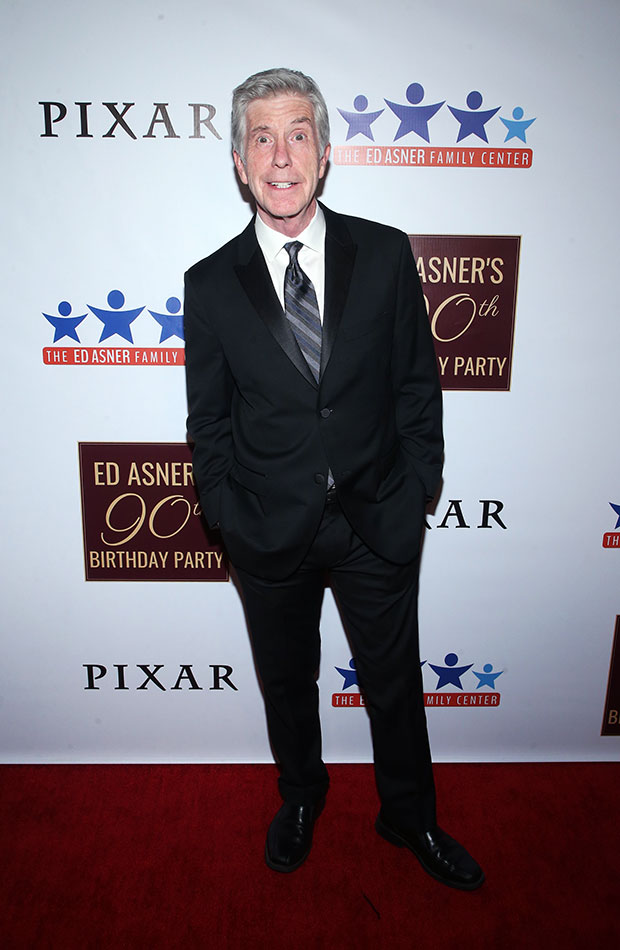 When Tom talked with the late Bob Saget on a Sept. 2021 episode of his podcast, Bob Saget’s Here For You, he recounted the events that lead up to his departure from the hit show. Part of the reason was attributed to the inclusion of former White House Press Secretary Sean Spicer as a contestant — a factor that lead to Tom’s vocal disapproval at the time. Tom noted that it wasn’t necessarily about supporting one political party over the other.

“Whether it was somebody I voted for or didn’t, I didn’t think a political person was an appropriate booking for the show, but also for the time we were going to be on, which was really on the cusp of the presidential election campaign, so we differed on that,” he explained. “I was public about that. I don’t think that sat well with the producer or the network.”

He then added that he didn’t mourn his departure. “The show that I left was not the show that I loved. So at the end of the season that turned out to be my last season, I kind of knew,” he admitted. “So I took everything out of my dressing room that I really wanted because I felt it was kind of obvious that we were kind of butting heads. It was great to have Erin [Andrews] at my side because she and I just kind of locked arms and did the show.”