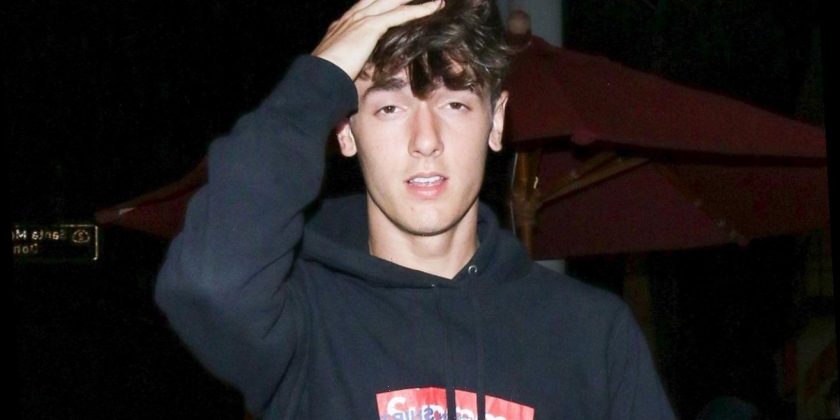 Bryce Hall and Blake Gray have been charged for throwing massive parties in Los Angeles amid the coronavirus pandemic. On Friday, the L.A. City Attorney Mike Feuer charged the TikTok stars, who share a rented home in the Hollywood Hills, with one misdemeanor count for violating the Safer L.A. Health Order and the City’s Party House Ordinance, according to the complaint.

“With hundreds of people attending, loud music all night long and cars blocking access for emergency vehicles, party houses are really out of control nightclubs, and they’ve hijacked the quality of life of neighbors nearby. As if that weren’t enough, the hosts are incredibly irresponsible, with COVID-19 spreading and parties banned because of it. We’ve got to put a stop to it,” Feuer said. “If you have a combined 19-million followers on TikTok during this health crisis, you should be modeling good behavior–not brazenly violating the law and posting videos about it, as we allege.”

According to the City Attorney’s complaints posted online, LAPD officers responded to a complaint call about a party at Hall and Gray’s home on Aug. 8. Officers warned Hall that large gatherings are currently prohibited under the Mayor’s Safer L.A. Order and “issued him a Party House citation and prominently posted both the Notice of Violation pertaining to party houses and the Initial Warning of Noncompliance with the City’s Safer L.A. Order, which states that further violations may result in the power being shut off.”

Teala Dunn Weighs in on Bryce Hall, The Sway House Party and The Future of TikTok

Teala Dunn Weighs in on Bryce Hall, The Sway House Party and The Future of TikTok

On Hall’s 21st birthday, Aug. 14, officers returned to the home after they received a call that shots were fired, and discovered that “several hundred people” were partying at the home. Gray, who claimed he didn’t know about the previous citation, received a separate citation from officers.

Additionally, on Aug. 19, the City cut power at the home. Penalties include up to one year in jail and up to $2,000 in fines. These cases will be prosecuted by Deputy City Attorney Ethan Weaver.

This isn’t the first time Hall has been in trouble with the law. He was arrested for possession of marijuana, along with fellow content creator Jaden Hossler, while driving though Lee County, Texas, on May 25.

ET spoke with Hall in June, where he confessed that being behind bars gave him a chance to reflect on what he needed to do to get his life in order. At the time, he said he intended to stay clean and sober.

While he said he was practicing sobriety, Hall admitted that he planned on drinking during his 21st birthday, and he said he’ll be saving his future alcohol consumption for “only very special occasions.”

Hear more of what he told ET in the video below.

Bryce Hall on Sobriety, Learning From His Arrest and Where He's Headed Next (Exclusive)