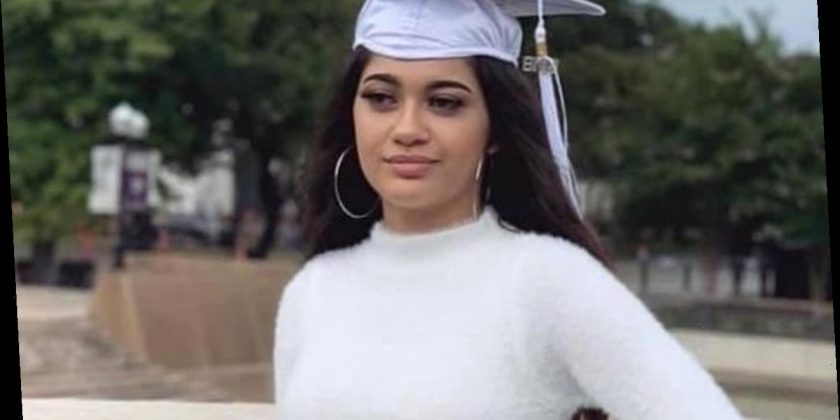 In a statement confirming the teen’s tragic passing, her father Raheem Alla says his daughter had been struggling with mental health and wishes ‘she would have spoken to me.’

AceShowbiz -TikTok star Dazharia Shaffer, who was known online as Bxbygirlldee, has sadly passed away. The social media sensation, who had over 1.4 million followers on the video-sharing platform, died on Monday, February 8, her parents have confirmed.

Coroner Shane Evans with the East Baton Rouge Parish Coroner’s Office additionally confirms to PEOPLE that the teen died of suicide, while her mother suggested in a Facebook post that her daughter hanged herself. She was only 18 years old.

In a GoFundMe page set up on Wednesday, her father Raheem Alla, who also goes by Rodney Andry, wrote, “On February 8th my daughter dazharia has left us early and have been call up to fly with the angels.” He expressed his grief as saying, “She was my little best friend and I wasn’t prepared in no way, to bury my child.”

Rodney suggested that his daughter had been struggling with mental health as he continued, “She was so happy, and would be so excited to see me when I come home from being on the road. I only wish she would have spoken to me about her stress and the thoughts of suicide. We could work thru this.”

“I only want to hold you again my little jelly bean. Now I come home and your no longer gonna be there waiting for me,” the grieving father further shared about the hole left behind by his late daughter. “I have to let you fly with the angels. Daddy love you.”

Rodney also posted a video montage on TikTok on Tuesday. He wrote in the caption, “I just want to thank everyone for their love and support of my daughter. Unfortunately she is no longer with us and has gone to a better place.”

Meanwhile, Dazharia’s mother Jennifer Shaffer took to Facebook to express her sadness. “I’m so heartbroken,” she posted on Wednesday. “I really can’t believe you’re going I wish I was waiting on you to say it was a prank but its not i wishing could have died instead of u …rip my angelEveryone talks about our bad times but never talk about the good times#babygirldee.”

Hours before her passing, Dazharia posted her final videos on Instagram Story. The videos saw the teen singing and dancing, before writing, “Ok, I know I’m annoying y’all, this is my last post.”

Following news of her tragic death, her followers sent condolences via various social media platforms. “I can’t believe u gone I always watch youu you always make me laugh with ur videos,” one fan posted on Instagram.