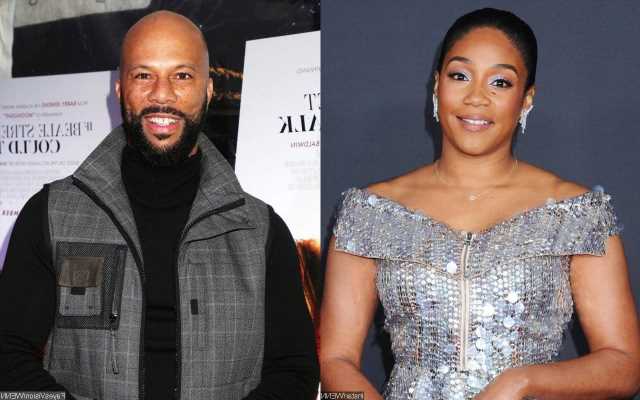 The ‘Girls’ Trip’ star, who has been dating the Grammy Award-winning musician since 2020, challenges her fans to tell her boyfriend about her ‘side dude’ which she unveils on Instagram.

AceShowbiz –Tiffany Haddish has found a man that’s ready to take Common‘s place on her bed anytime, so she claimed. The comedian, who has been dating the rapper for over a year, has trolled her boyfriend by publicly revealing her “side dude.”

On Wednesday, November 10, “The Last O.G.” star made use of Instagram to post a picture of a man apparently going shirtless while lying in her bed under a blanket. The boy in the photo, however, is actually the male version of Tiffany as it’s made obvious with the mole under her left eye. She apparently edited her image with a face app and added some beard.

“If I was a Boy… do tell @common but this is my side dude #HeReady,” she wrote in the caption, apparently challenging her followers to tell her man about it. She later changed it into, “If I was a Boy… don’t tell, but this is my side dude. He always makes me feel worthy, sexy and supported. He only gets mad at when I let my boyfriend get away with bulls**t. #HeReadytotakehisplace.”

Her followers were amused by her sense of humor. “I can’t unsee this,” one person commented. Another wrote, “Lol.” A third quipped, “Cute boy lol.” Someone acknowledged, “This is funny af!! I was like, wayminute lmao,” as another added, “Tiff you funny.”

Tiffany and Common first met when playing love interests in 2019’s film “The Kitchen“. The two sparked dating rumors when they teamed up for Bumble’s virtual dating campaign in April 2020. One month later, the pair confirmed that they’re dating. They have been living together since the lockdown.

The 41-year-old actress has been hinting at how serious their relationship is. “I’ve lost 20 pounds since I’ve been in this relationship. I feel more confident in me and it’s not him that’s doing it,” she said on Steve-O‘s broadcast last year, calling it “hands down the best relationship I’ve ever been.” She went on gushing, “It’s like, way happier and it’s like knowing I got somebody that cares about me, that really has my back. It seems like he does anyways. And I love it. I love him.”