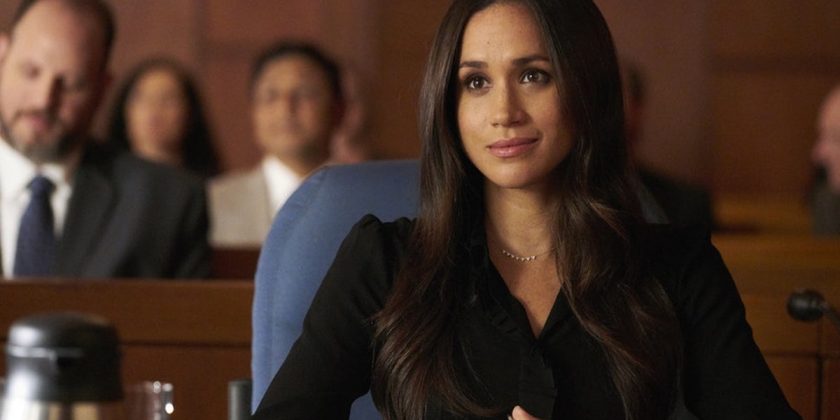 Long before Meghan Markle became the Duchess of Sussex, she was making her way into network television royalty as one of the leading ladies of USA’s show, Suits. Of course, when she decided to wed the Duke of Sussex, Markle had to step away from her on-screen career, and her character, Rachel Zane, was written off the legal drama. However, in Season 9 Episode 5, Rachel was brought up again on the show, and the resulting Suits joke about Meghan Markle was actually pretty funny.

Markle’s Rachel had a great arc throughout her time on Suits. Starting as an under-appreciated paralegal, she triumphantly worked her way up to serious, full-time lawyer status. After a somewhat rocky start, she also developed an adorable romance with fellow lawyer Mike Ross (Patrick J. Adams), and in the Season 7 finale, the two got married… not long at all before Markle got her own televised nuptials, in fact. The fictional wedding was the perfect exit strategy for Markle, whose impending marriage to Prince Harry meant she could no longer be a TV star: After Rachel and Mike tied the knot, they moved to Seattle to pursue new roles in the law world, and the characters were written off the show. 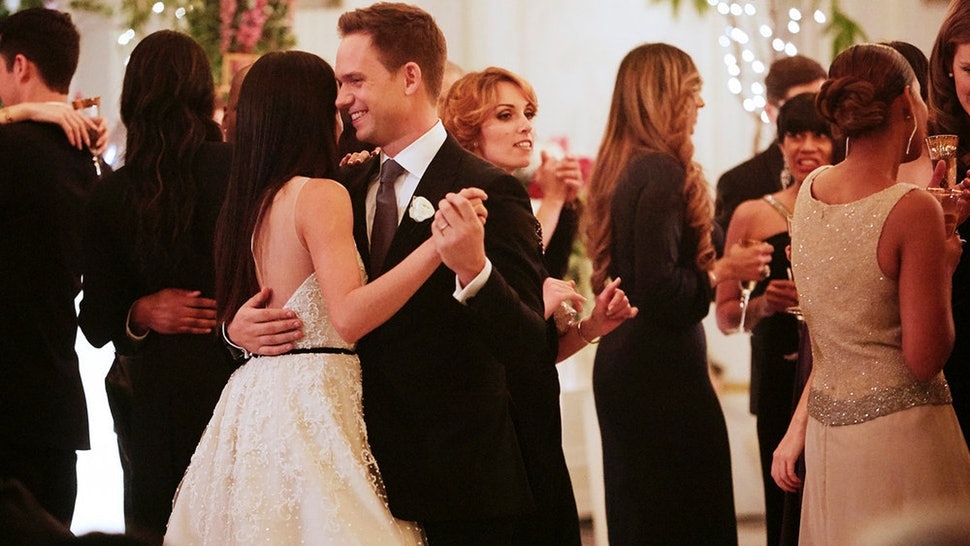 However, in the fifth episode of the show’s ninth and final season, Mike was brought back from Seattle to get back into the New York City drama. A favorite of both fans and fellow characters, Mike’s return to the ensemble was certainly great news, but it was his comments about his fictional wife that really got viewers excited. In telling fellow lawyer Katrina Bennett (Amanda Schull) about how well Rachel was doing off in the new home in Seattle, he said: "If I told you how good, you probably wouldn’t believe me."

TBH, the whole cast should have just turned and winked at the camera at that point. But Mike was not just talking about his wife’s happiness in the Pacific Northwest; clearly, the writers were calling out Markle’s new royal status.

To prove this line was not just a coincidence, the show’s Twitter account also tweeted a Gif of the interaction and writing: "Turns out Rachel is doing REALLY well." accompanied by a winky face emoji.

While longtime fans of the Duchess obviously loved the callout, viewers of the show were also happy to hear Markle’s character was also living out her happy ending, even if it was just a reference to the real life of the actress who portrayed her.

While Markle has gone through a fairytale-like transformation after leaving Suits, her former costar Adams has also seemed to be enjoying life after departing the show: He and his wife, Pretty Little Liars star Troian Bellisario, welcomed their daughter to the world in October 2018, only a few months before royal baby Archie arrived.

With Adams now back on the show, you may be wondering whether Markle will somehow find her way back to the screen before the series ends for good. The British royal and new mom has plenty of obligations to keep her busy, but Suits executive producer and showrunner Aaron Korsh isn’t totally ruling out the possibility of her popping back on for a cameo. "You never know. There is always a chance she is going to pick up the phone and call me and say ‘Can I come back?’ And if she did she would be welcome back her with arms wide open," Korsh told Deadline, before adding: "But no, l don’t see that happening."