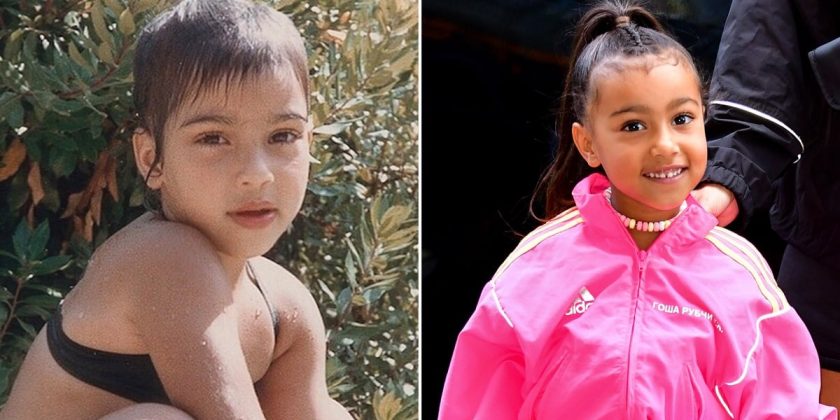 Kim Kardashian had everyone doing a double take on Sunday when she posted an old photo of herself on Instagram. In the picture, a young Kim is seen giving the camera a soft smile while wearing a black bikini. “Baby K,” she captioned the picture.

Fans immediately noticed how much she looks like her daughter North West in the snapshot (or, technically, how much North West looks like her). “Awww this pic looks identical to north,” one user wrote, pointing out the resemblances between Kim and her 5-year-old mini me. Another perfectly summed up the mother-daughter twins in two words, saying, “Holy north.”

Kim, who gave birth to North in 2013, has previously shown how much they look alike. When North was just a little over a year old, Kim shared an adorable side-by-side of them around the same age. “ME/NORTH #MiniMe,” she said in the post. If only we had a time machine to see how much North will look like her mother when she’s older!