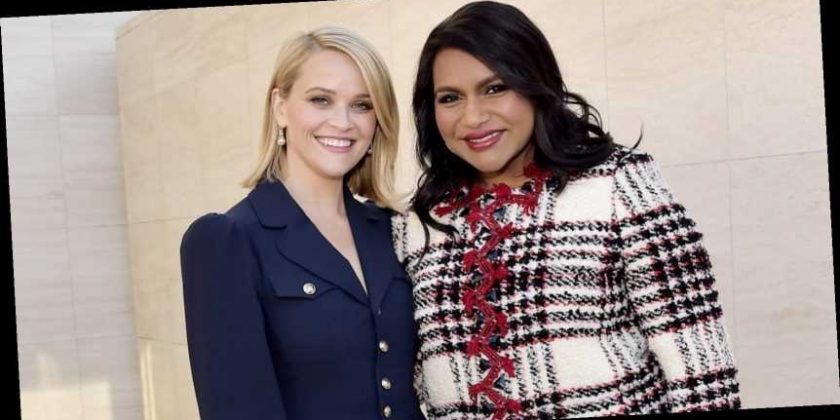 Kayleigh Dray is Stylist’s digital editor-at-large. Her specialist topics include comic books, films, TV and feminism. On a weekend, you can usually find her drinking copious amounts of tea and playing boardgames with her friends.

We don’t think we’ve been this excited since Gucci became a publicly-traded company.

Updated on 21 October 2020: Legally Blonde’s Elle Woods (Reese Witherspoon) first breezed into our lives way back in 2001, dressed in a chic two-piece, and proceeded to smash the patriarchy in a very big way.

Proving that femininity, womanhood, and the colour pink are not mutually exclusive with intelligence, ambition, and determination, the tenacious young law student graduated from Harvard, moved on from the partner who didn’t respect her, and annihilated the creep who sexually harassed her in the workplace.

Better still, Elle refused to let any measure of sexism deter her from her goals – and made a big point of providing support and compassion to her fellow women.

Now, almost two decades since the OG film aired, the much-anticipated Legally Blonde 3 has finally been given a release date.

Announcing the news, MGM Studios wrote on Twitter: “Elle Woods is back! Legally Blonde 3 coming May 2022. We rest our case. #LegallyBlonde3 #ElleWoods @ReeseW.”

As reported on 21 May 2020: Deadline previously confirmed that Mindy Kaling and Dan Goor, co-creator of Brooklyn Nine-Nine, will be teaming up to write the screenplay for MGM’s Legally Blonde 3.

Of course, Legally Blonde 3 has been in the making for quite some time now. Indeed, rumours about the sequel were everywhere back in 2018 when, speaking with E! Online, Witherspoon explained that she and the Legally Blonde team have definitely “thought about” bringing Elle back.

“I do think that it’s a good time to do it,” she said, adding: “I think women need that kind of positivity right now.”

“I think women need that kind of positivity right now.”

As reported in December 2018: Witherspoon later confirmed the news on Twitter with a video of her in a pink bikini floating on a pool lounger.

Of course, Witherspoon has always been keen to revive her iconic #girlpower character.

In 2015, whilst appearing on the talk show Fashionably Late with Rachel Zoe, the actor expressed her admiration for presidential candidate Hillary Clinton (sob) and revealed that the politician had left her feeling desperate to see what Elle would be up to now.

“I actually think it’s kind of great right now, because we’re talking about women in politics and how important that is to get more women,” she said, blissfully unaware of the fact that, just over a year later, Clinton would be beaten to victory in the election by former reality star and seasoned misogynist Donald Trump.

Witherspoon added: “I think it’d be kind of a cool thing to have her be a Supreme Court Justice, or someone who runs for office… President, I mean.”

“I think it’d be kind of a cool thing to have her be a Supreme Court Justice, or someone who runs for office”

If anyone can raise our spirits in these dark times, it’s President Elle Woods.

Legally Blonde has been widely praised for its feminist message; however, many fans don’t know that it originally ended with Witherspoon’s character kissing Emmett (Luke Wilson) on the courthouse steps, before cutting to her forming a ‘Blonde Legal Defence Club’ with Vivian (Selma Blair).

However test audiences were (naturally) unhappy with that lukewarm ending, and so writers added in the now-infamous graduation scene, in which it is revealed that Elle is valedictorian, best friends with her former worst enemy, a talented lawyer, and set to marry Emmett in the not-so-distant-future.

The best part of the scene, undoubtedly, was her empowering message to all those gathered around her.

“On our very first day at Harvard, a very wise Professor quoted Aristotle: ‘The law is reason free from passion’,” begins Elle.

“Well, no offence to Aristotle, but in my three years at Harvard I have come to find that passion is a key ingredient to the study and practice of law – and of life. It is with passion, courage of conviction, and strong sense of self that we take our next steps into the world, remembering that first impressions are not always correct.

Hurry back to the silver screen, Elle – we’ve never needed you more.