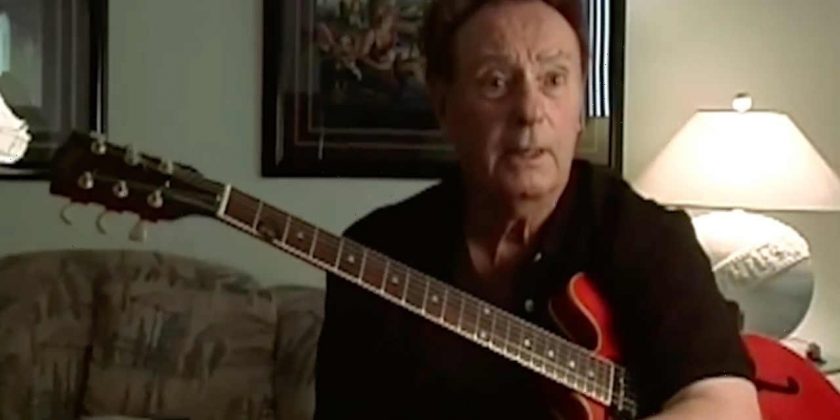 The guitarist and bassist has died at the age of 102 at his home in California after he was put in hospice care following a fall that left him with a fractured spine.

AceShowbiz –Bill Pitman has passed away at the age of 102. Four weeks after he began receiving hospice care after falling and fracturing his spine, the guitarist and bassist – who was a member of iconic session musician collecting The Wrecking Crew – passed away at his home in La Quinta, California, on Thursday (11.08.22), his wife Janet Pitman told the New York Times newspaper.

Bill was best known for his acoustic guitar playing on “Wouldn’t It Be Nice”, the opening track to The Beach Boys‘ legendary 1966 album “Pet Sounds”. His credits also included the group’s “Good Vibrations”, Bob Dylan‘s “Mr. Tambourine Man”, The Ronettes‘ “Be My Baby”, Frank Sinatra‘s “Strangers in the Night” and Barbra Streisand‘s “The Way We Were”.

Bill, whose father was a staff bassist for programming at NBC, began playing jazz clubs in Los Angeles in 1951 but his career took off when he landed a regular job in Peggy Lee‘s backing band.

He went on to land a radio job on “The Rusty Draper Show” before behind hired to do session work for various artists including Buddy Rich and Howard Roberts before being recruited by Phil Spector to join his cohort of session players following a chance meeting.

The group would go on to be dubbed by member Hal Blaine as The Wrecking Crew, with their first hit being Spector’s 1958 single “To Know Him Is to Love Him”.

As well as his work with the collective on albums by the likes of The Monkees, James Brown, The Byrds, and Nancy Sinatra, Bill also worked on various TV and movie soundtracks, including “Blue Hawaii“, “Dirty Dancing“, and “Goodfellas“.

Bill quit studio session work in 1973 and spent over a decade playing with the headline acts at the MGM Grand Hotel after moving to Las Vegas before retiring completely in 1989.

He is survived by his wife and his children, son Dale Pitman, and daughters Donna Simpson, Jean Langdon, and Rosemary Pitman.