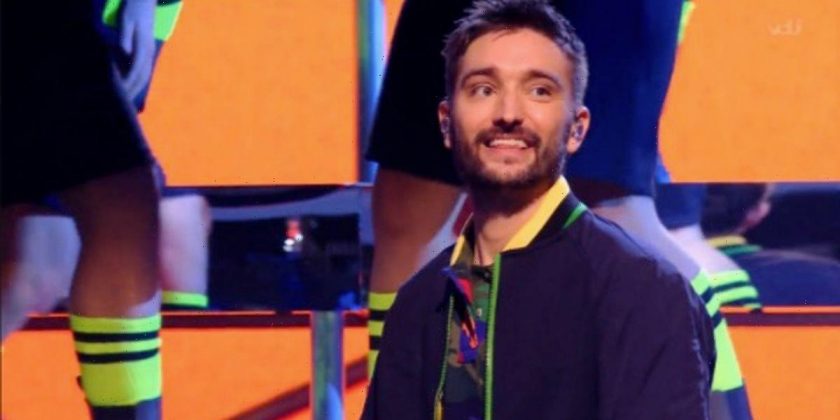 Tom Parker's fans have been left in tears after seeing him perform live for Strictly The Real Full Monty and give a health update.

The 33 year old was diagnosed with grade four glioblastoma in October 2020, exclusively telling OK! at the time that it was "the worst case scenario".

Since then, he's gone through 30 rounds of chemotherapy and another 30 of radiotherapy. Thankfully, the treatment has been working and The Wanted star shared it's going according to plan.

The singer has now taken to the stage at the event, that aims to raise awareness for vital cancer checks, to perform the band's hit song Glad You Came.

Following the show, he and the band sat down with Ashley Banjo, 33, to speak about everything from their comeback to Tom's cancer battle.

When asked about his journey, Tom explained: "Obviously I did this show two years ago and I didn't think I'd be two years down the line and have cancer, but here we are."

The star, who recently recalled how he was one his own when he received the devastating news of his cancer, added: "But we're doing it for a good cause and everyone is here for a good purpose."

Fans immediately flocked to Twitter to share their thoughts as one person said: "@AshleyBanjo @Ballstocancer @BrainTumourOrg @TomParker & Real Full Monty cast what an amazing thing you have all just done. We have laughed and cried with you all… thank you for continuing to fight for cancer treatments so important now more than ever," alongside a blue heart emoji.

"the wanted being on the real full monty for tom is gonna make me sob," another said with a crying emoji.

While a third added: "Literally crying at my boys @thewanted on #therealfullmonty Tommy, you are our superhero," followed by a crying emoji, blue heart emoji, and a celebration hands emoji.

It comes after Tom recently took to his Instagram feed to share a gorgeous snap of himself with wife Kelsey, 31, and their two children Aurelia, two, and 11 month old Bodhi.

Tom could be seen wearing a black Balmain jumper and a matching pair of trousers as he held his daughter in his arms, who donned a white outfit with a blue floral dress.

Meanwhile, his wife Kelsey wore a blue patterned dress as she held their youngest in her arms and smiled for the camera. In the caption, Tom told his 266,000 followers: "I’m sat here with tears in my eyes as i tell you. We’ve got my brain tumour under control.

"We had the results from my latest scan…and I’m delighted to say it is STABLE." alongside two crying emojis and two smiling emoji.

Tom continued: "Such a mix of emotions . We couldn’t ask for any more really at this point; a year or so in to this journey.

"Honestly over the moon. We can sleep a little easier tonight. Thank you for all your love and support over the last 12+ months. Love from Me,Kelsey, Aurelia & Bo".

Stay up to date with all the latest on Tom Parker by signing up to OK!'s daily celebrity newsletter.