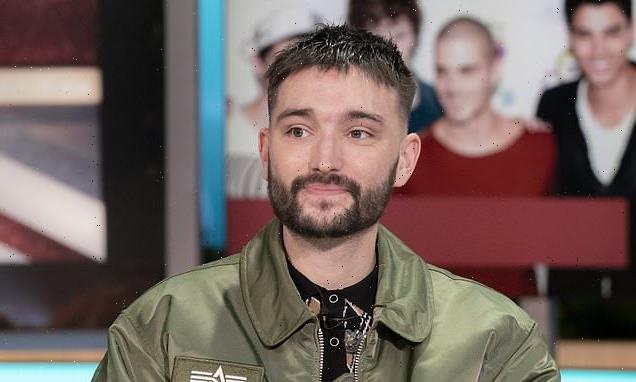 The Wanted’s Tom Parker dies from brain tumour aged 33: Married father-of-two passes away peacefully with family by his side today after two-year battle as heartbroken wife Kelsey says: ‘He fought until the very end’

The tragic news was confirmed by his wife Kelsey, 32, who he leaves behind along with their two children, Aurelia, two, and Bodhi, one.

Kelsey said today: ‘It is with the heaviest of hearts that we confirm Tom passed away peacefully earlier today with all of his family by his side.

‘Our hearts are broken. Tom was the centre of our world and we can’t imagine life without his infectious smile and energetic presence.

‘We are truly thankful for the outpouring of love and support and ask that we all unite to ensure Tom’s light continues to shine for his beautiful children.’

She went on to thank everyone who has cared for Tom during his illness, adding that he fought the disease until the very end. 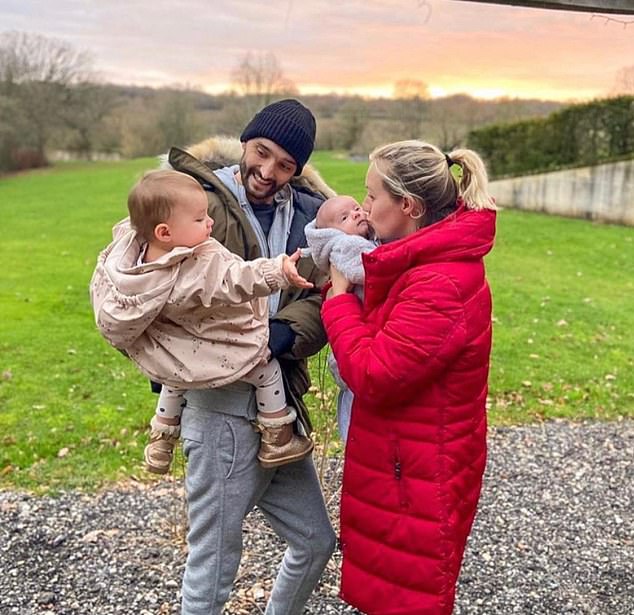 The tragic news was confirmed by his wife Kelsey, 32, whom he leaves behind along with their two children, Aurelia, two, and Bodhi, one (Kelsey’s Instagram post pictured) 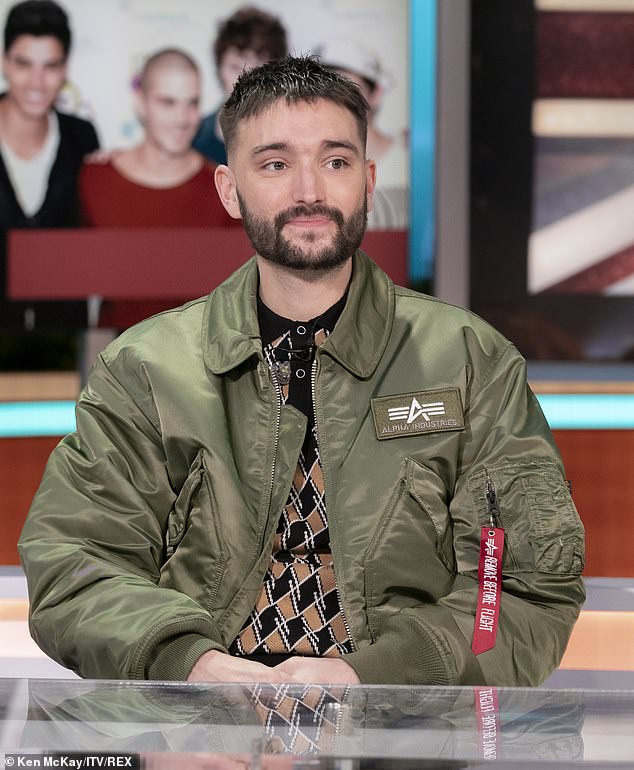 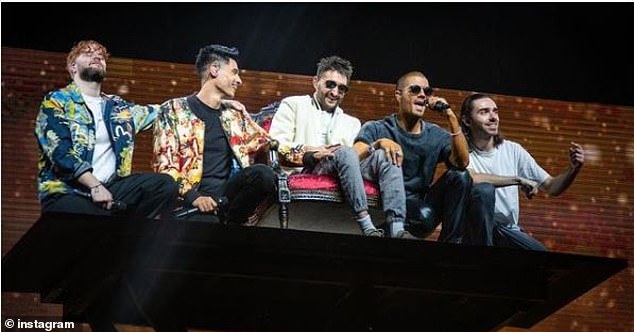 In the final picture posted on his Instagram account before his death, Parker shared this snap of him on stage with his bandmates 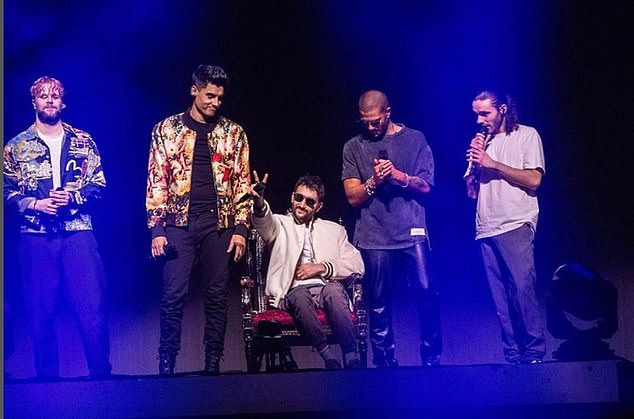 The 33-year-old singer’s death comes just one week after he revealed he was in the process of writing a tell-all memoir amid his battle with brain cancer.

Tom took to Instagram last Tuesday to share the news with his fans and announce that the book would be released in July.

He said that the book, called Hope, isn’t going to be about ‘dying’ but about ‘living’ and ‘finding hope’ no matter what situation you are in.

Tom was diagnosed with stage 4 glioblastoma and went public with his diagnosis in October 2020, and revealed last year the glioblastoma was stable after an MRI scan.

As he revealed a draft cover of his memoir, he shared a sweet video of an animated book flipping through pages, which contained photographs of Tom and his family.

In a caption alongside the post, he revealed: ‘Hi, I’m Tom Parker, a lot of you know me as one fifth of The Wanted, but I am also a father, a husband, and a son, that’s battling brain cancer. 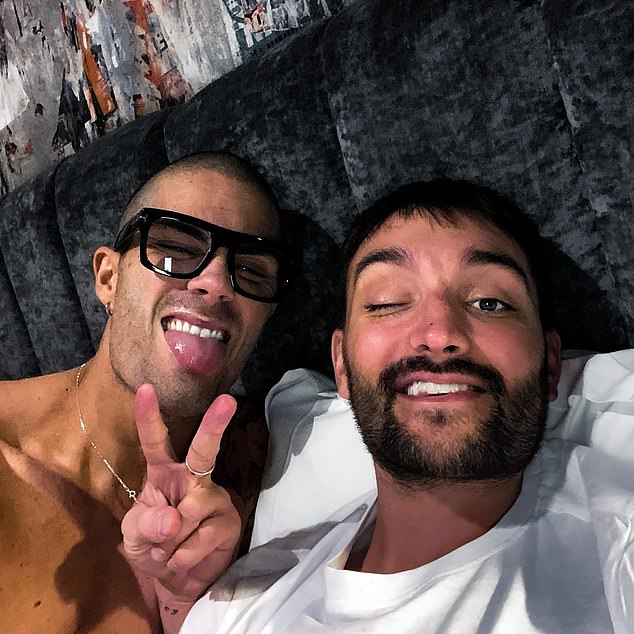 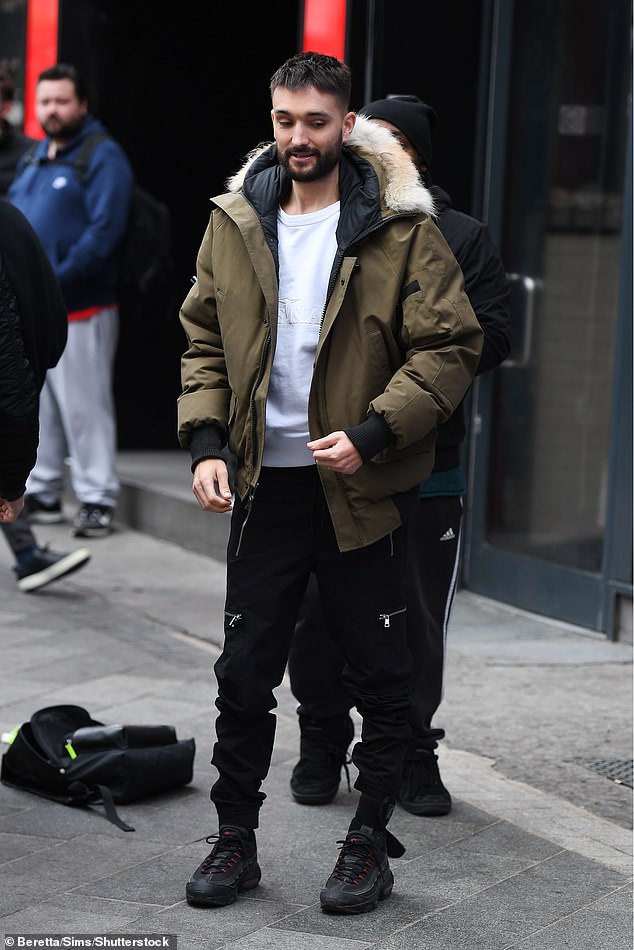 Tom Parker of The Wanted is pictured at Global Radio Studios, London, UK – 12 Oct 2021, one year after he went public with his brain cancer diagnosis

No one expected a former member of tribute act Take That II to become part of one of the UK’s biggest boy bands but Tom managed to defy odds.

Tom was given just 12 months to live when he was diagnosed with stage 4 glioblastoma in 2020 at the age of 31.

Yet in October 2021, a year after he went public with his diagnosis, he was continuing to make public appearances and used his fame to advocate for more funding for brain tumour research, which only receives around one per cent of total cancer research funding.

Throughout his adult years Tom was instantly recognisable to many teenager and young people thanks to the success of his band.

The Wanted released their first album in October 2010, which reached number four in the UK Albums Chart and created three UK top 20 singles.

Their later singles released in 2012 the band also found success in the United States and Canada with their hit Glad You Came becoming the highest American chart entry by a British boy band at that time.

A few years later in 2014 after the band announced a hiatus, Tom chose to take part in TV shows and reached the semi finals of Celebrity Masterchef in 2015 came third in skiing show The Jump in 2016.

His participation in these shows made him a household name rather than one that only teenagers know.

Tom re-entered the world of showbiz and was cast as male lead Danny Zuko in the UK tour of Grease in 2017, which actually led him to postpone his wedding to Kelsey Hardwick, who he got engaged to in 2016.

Speaking to Hello magazine, Tom said: ‘I don’t want to take two weeks off, get married, do a week on honeymoon, then go back on tour.

‘I’m letting Kelsey put everything into place and I’ll just give her my credit card when needed.’

Despite his successful career Tom was not met with beginner’s luck when entering the music industry including being rejected by X Factor judges during the first round of auditions.

Tom told The Metro in 2011 that he received all nos from the judges before he had reached the chorus of his song choice (Flying Without Wings by Westlife) which left him ‘shattered’ and he ‘didn’t sing for years.’

This rejection came before becoming mimicking Mark Owen in tribute band Take That II which saw him ‘singing to 50-year-old men smoking in the corner of working mens clubs’.

His audition for The Wanted took a more positive turn despite, according to Tom, turning up to the audition looking ‘chavvy.’

Tom said to Metro: ‘I turned up wearing a tracksuit with my hood up, so I looked a bit chavvy, but played ‘Handbags and Gladrags’ on the guitar. Maybe our manager Jane saw something in me no-one else did at the time.’

This underestimation was also seen when he was growing up in Bolton as a ‘working class lad’ and in an interview with Hello Magazine, Tom admitted he thought he was ‘really cool’ but in reality was bullied.

Tom said: ‘Do you know what they did? They chucked my bag with all my GCSE school notes onto the cricket field so I couldn’t find it for weeks and all my notes got soaked, I had to do them all again.

‘But who’s had the last laugh? Me. That’s called karma.’

Tom and Kelsey have had two children: their daughter Aurelia bin 2019 and a son Bodhi, who was born after Tom’s cancer diagnosis in 2020.

He said: ‘The kids are the one thing to get me up in the morning, they bring that positivity out of me.’

Tom and Kelsey had been open with how cancer treatment was impacting him which also meant time away from his children.

Kelsey wrote on instagram that she and Tom had been in Spain for treatment which ‘meant the longest time away from our babies.’

She added: ‘You don’t realise how someone having cancer really affects the whole family.’

After his diagnosis. Tom spent three months in bed, saying to a camera in his room that all he could think was ‘I’m just going to lie here and die.’

He said: ‘It’s so hard to think about the future because I genuinely don’t know what it holds any more.’

Tom did not remain in bed for much longer and in September 2021, Tom held a special charity concert at the Royal Albert Hall where all proceeds went to Stand Up To Cancer and The National Brain Appeal.

Tom said: ‘I was absolutely shocked to discover that only one per cent of the annual research budget for cancer goes towards finding a cure and treatment for glioblastoma.

‘That’s why I’m supporting The National Brain Appeal – I want to use my voice and platform to do something about it and help in any small way I can.’

Following on from the concert Tom released a documentary called Tom Parker: Inside My Head for Stand Up To Cancer which shows him and his family navigating his illness and preparing for the concert.

This year Tom was adamant to join his bandmates on their tour celebrating their greatest hits and for some shows he performed on stage sitting on a throne visibly frail.

Yet Tom’s illness has not taken away from how much he revelled in his time on stage playing music.

Tom said in a Stand Up To Cancer video: ‘I was just a kid from Bolton, and then I got in a Band and travelled the world, it was absolutely incredible.