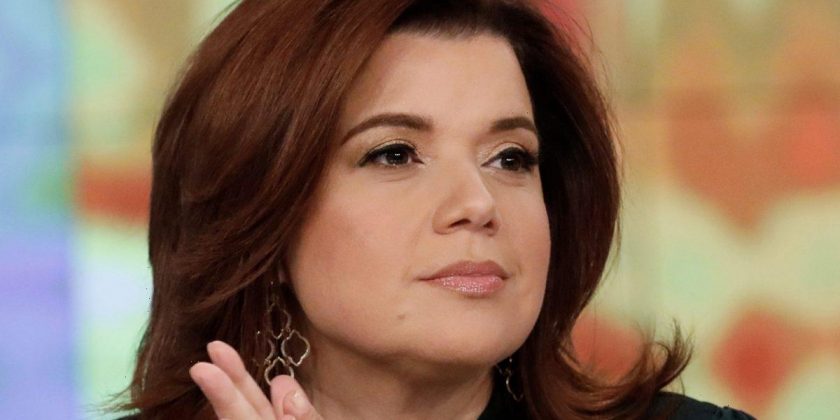 Ana Navarro is one of the beloved co-hosts of The View on ABC. The political commentator always shows up to the daytime show being sassy and with a smile on her face. However, during the past weeks, she has been preoccupied with her mother’s health. Navarro recently shared that her mom had been hospitalized but happily announced she was out of the intensive care unit recently. Following the positive news, celebrity friends and fans shared their support for the Republican pundit.

What is wrong with Ana Navarro’s mom?

Navarro brings a special vibe to The View whenever she co-hosts. Although her appearances are only weekly, she recently co-hosted for a whole week on the ABC talk show. Navarro is never afraid to voice her opinion or hesitant to open up about personal life experiences. On the episode that aired on Friday, Oct. 1, the co-hosts discussed having regrets from the past. When Navarro shared her view, she talked about the regret she had about not spending more time with her mother as she had been “incredibly sick” recently.

“I’ve told you all — my mom has been incredibly sick and she had her last rites given a few days ago,” Navarro shared. “And I really regret not having spent more time with her when she was healthy. Today, she got out of ICU which is almost a miracle. I don’t know how long she’s gonna last but I’m to call her every day.”

‘The View’ co-host receives support during the difficult time

Navarro’s mom seemingly had low expectations of living, according to the political commentator but has now been cleared out of ICU. When Navarro shared a clip of The View on Instagram, her celebrity friends and fans showed their support during this difficult time.

“Sending you and your family love,” a fan said.

“May God heal her health, Amen,” a follower added.

“I’m so glad she’s out of ICU and back on the mend! I’ll continue to keep her in my prayers,” an Instagram user mentioned.

“Bless you and your mom and whole family @ananavarrofl. I know y’all have had such a tough load,” another fan commented.

“Sending love & prayers to you mom & your family,” another follower said.

“I see how much you love your mama and it’s especially hard not being there. Thank God for phones, continued prayers,” another Instagram user posted.

On Instagram, Navarro shared more details about her mother’s health. The television personality mentioned that her mom was hospitalized in Nicaragua because she was “barely conscious” and “unable to speak for over a week.”

“Doctors said she had only days to live,” Navarro added.

Although Navarro said she has “worked through it,” she says she has “done a lot of crying behind the scenes bracing for bad news.”

Fortunately, Navarro’s mom was discharged from ICU and able to go back home. Since revealing this difficult situation, Navarro has not updated fans on the status of her mom’s health.