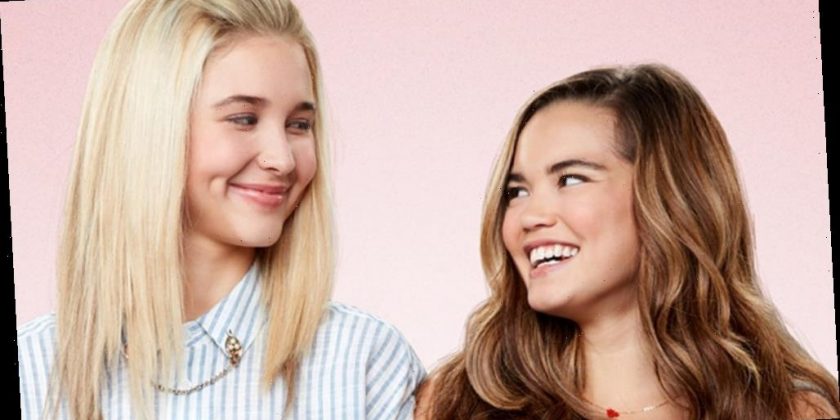 If you haven’t watched Alexa & Katie on Netflix yet, there’s no better time than now. The show recently dropped its fourth — and final — installment, so if you’re one of those people who avoids cliffhangers, you can binge watch the show without having to suffer through the long wait for a new season to air.

While Alexa & Katie is a high school show about a girl and her best friend, don’t let that fool you. The show has something for everyone and is perfect for family viewing or solo binge watching, which explains its 89 percent audience score at Rotten Tomatoes. The show centers on Alexa (played by Paris Berelc), a teenage girl with cancer, and her best friend, Katie (played by Isabel May). Alexa & Katie opens with the girls starting high school and concludes with their graduation.

While the fact that one of the main characters has cancer might seem too heavy for easy viewing, Alexa & Katie has plenty of lighthearted moments. But it remains sensitive to the serious subject matter — something that was important to show creator Heather Wordham, whose mother and sister both battled cancer. At its core, Alexa & Katie is about going through high school with your best friend. “Yes, she’s dealing with cancer and yes, it’s talked about a ton because she’s living it daily,” Tiffani Thiessen, who plays Alexa’s mom, Lori, told the Los Angeles Times. “But they’re also talking about what are they going to wear to high school for the first day and boys and how she’s going to piss [her mom] off.”

May added that the show doesn’t make light of cancer, but rather normalizes the experience of a teenage girl living with cancer. “Your sense of humor doesn’t suddenly dry up overnight,” she said.

Experts agreed that the show can help people connect to such a serious issue in a way that isn’t so scary. “When you’re working with children there’s not a lot out there they can relate to while this is happening to them,” said Carrie Breitwieser, a social worker who was a consultant on the show. “It’ll be good for other people too, who aren’t experiencing [the illness] to learn about it and have their eyes opened in an entertaining space.”

Another win for the Netflix show is its commitment to diversity. While there are still few shows portraying Asian American families on TV, Alexa & Katie features a mixed family. Berelc, who plays Alexa, is of mixed ancestry with a Filipino parent. While Thiessen, who plays her mom, is white, Korean American Eddie Shin, was cast as her father, Dave Mendoza. It was important to Wordham that one of Berelc’s parents be Asian to reflect Berelc’s own multiracial background.

“When we were casting Alexa’s dad, I’m so happy that we wound up looking for an Asian father because Eddie is just so wonderful, so funny and great,” Wordham told Indie Wire. “I actually worked on a show with him years earlier that only went six episodes, so it’s kind of funny to wind up working with him again. So that just kind of came about really naturally.”