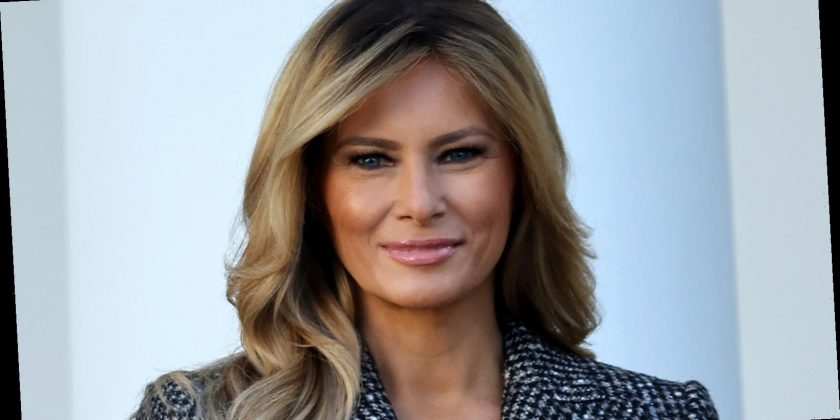 On Jan. 6, 2021, pro-Trump rioters stormed the Capitol, overtaking the building as Congress worked to count the electoral college votes. The fallout has been immeasurable. Members of the president’s administration have resigned – including cabinet members Elaine Chao and Betsy DeVos – lawmakers have called on Vice President Mike Pence to invoke the 25th Amendment and threatened impeachment, President Donald Trump has been banned from Twitter and dozens of arrests have been made in connection to the violence in Washington.

Notably silent on the attacks was first lady Melania Trump. According to CNN, Melania was at the White House conducting a photoshoot while protestors descended upon the Capitol just a few blocks away. “Photos were being taken of rugs and other items in the Executive Residence and the East Wing,” a source told the outlet. However, on Jan. 11, 2021, she posted an open letter to the public on the White House website, addressing her time as first lady, the COVID-19 crisis and condemning the events of Jan. 6, 2021.

On Jan. 11, 2021, mere days before she was set to leave the White House following her husband Donald Trump’s presidential term, an open letter from Melania Trump appeared on the White House website. In the letter, she condemned the attacks on the U.S. Capitol while also defending herself.

Melania first expressed her condolences to those who lost their lives during the raid on the Capitol. “Most recently, my heart goes out to: Air Force Veteran, Ashli Babbit, Benjamin Philips, Kevin Greeson, Rosanne Boyland, and Capitol Police Officers, Brian Sicknick and Howard Liebengood. I pray for their families comfort and strength during this difficult time.”

She also seemingly defended herself, writing, “I find it shameful that surrounding these tragic events there has been salacious gossip, unwarranted personal attacks, and false misleading accusations on me  — from people who are looking to be relevant and have an agenda. This time is solely about healing our country and its citizens. It should not be used for personal gain.” She eventually condemned the violence, writing, “Our Nation must heal in a civil manner. Make no mistake about it, I absolutely condemn the violence that has occurred on our Nation’s Capitol. Violence is never acceptable.”

She closed out the letter thanking Americans: “It has been the honor of my lifetime to serve as your First Lady. I want to thank the millions of Americans who supported my husband and me over the past 4 years and shown the incredible impact of the American spirit.”