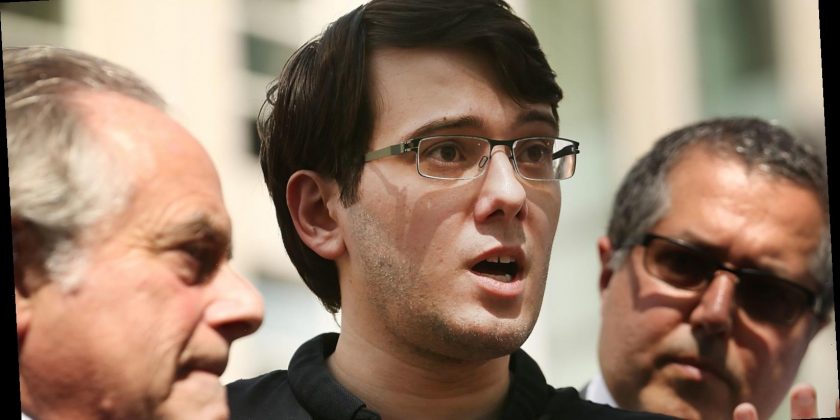 Former hedge fund manager Martin Shkreli is known for many things: as the widely despised “Pharma Bro” who hiked up the price of Daraprim, a drug used to treat patients with HIV and AIDS, from $13.50 to $750 per pill, making it almost impossible for most people in need of it to afford; as a disgraced CEO who was convicted of securities fraud and sentenced to prison for seven years in 2017; as a hover-board enthusiast – yes, really. And now, there’s one more thing we can add to the list — a jailhouse romancer, however improbable it may seem.

Shkreli is back in the spotlight again after the publication of a blindingly revelatory expose by Elle magazine on Dec. 20, 2020, in which former Bloomberg journalist Christie Smythe admitted that she had, in her words, eschewed her “perfect little Brooklyn life” with her husband, as well as a book deal and her career, to begin a relationship with Shkreli, whose crimes and behavior she had extensively covered for the press since 2015.

How, exactly, did Shkreli and Smythe become romantically entangled? Are they still together? Read on after the jump to find out.

According to Elle’s lengthy December 2020 piece on Christie Smythe, who openly shared her story in an extensive interview with the magazine, the former Bloomberg journalist first became aware of Martin Shkreli in 2015, while working as a reporter for the media outlet. She joined Bloomberg in 2012, and her primary beat was covering the goings-on at the federal courts in Brooklyn. At the time, Shkreli was under investigation by the Securities and Exchange Commission (SEC) for possible securities fraud through two pharmaceutical companies he founded, Retrophin and Turing. He was accused of using funds from both to (illegally) pay back investors. After learning of the investigation through an unnamed source, Smythe broke the story of Shrkeli’s eventual arrest and subsequently became one of the leading reporters to follow every twist and turn of the legal battle that ensued. Her work also landed her a book deal, though it would eventually fall through due to her supposed refusal to portray Shkreli in a “caustic” manner.

Smythe, who had married her now ex-husband only one year before she began reporting on Shkreli, disclosed to Elle that the relationship between journalist and subject dramatically changed in 2018, during a prison visit with the man she once described as a person “manipulative” to reporters. At the time, Smythe had been visiting Shkreli on a regular basis at a federal prison near Allentown, Pa., where he was (and currently is) incarcerated.

As Christie Smythe recounted in a 2020 interview with Elle magazine, their relationship became romantic a year after Martin Shkreli began his prison sentence in 2017. Smythe, whose relationship with Shkreli had grown closer and closer over the years, told the magazine that she had been in denial over her feelings for the former pharma CEO — and that those feelings had not come without a great cost.

Over the course of 2018, the intimacy between both Smythe and Shkreli had become palpable to outsiders. Among them were her husband, whom she eventually divorced that same year. The same went for her employer, Bloomberg, which she parted ways with over a series of tweets Smythe posted to her social media account defending Shkreli and attacking other journalists who covered his story.

Things came to a head during a fateful 2018 visit with Shkreli at the Pennsylvania federal correctional facility where he’s slated to serve out his sentence until 2023. As Smythe recalled, she experienced a “realization” and told Shkreli that she loved him. The two then kissed, cementing a years-long romance kept under wraps.

According to Elle, Smythe froze her eggs with the hope that she and Shkreli would be able to have children together, and they purportedly referred to each other as “life partners.” But things quickly took a turn after one fateful decision.

While the Elle exposé about the relationship Martin Shkreli had with Christie Smythe would be explosive in its own right, a major shocker at the conclusion of the article amplified the story to an entirely different degree. The gist? Shkreli ceased contact with Smythe after learning about the publication of the article, leaving everyone twisting in the wind.

As Elle writer Stephanie Clifford wrote, Shkreli was asked to comment on the story — assumingly to verify Smythe’s own account of how their relationship developed — and received only a single sentence as a response from Shkreli, written in the third person: “Mr. Shkreli wishes Ms. Smythe the best of luck in her future endeavors.” Clifford shared the statement with Smythe, who reportedly called his one-line rejoinder “sweet.” (At the time of this writing, it appears neither Smythe or Shkreli are currently in contact with one another.)

While many media outlets reported on what The Guardian described as a “jaw-dropping twist,” others closer to Shkreli’s inner circle weren’t as surprised. Shkreli’s former attorney, Ben Brafman, told the New York Post that while he warned Shkreli against a relationship with Smythe, he was his lawyer, not “his guardian” and “never completely understood Martin’s relationship to and with women.”