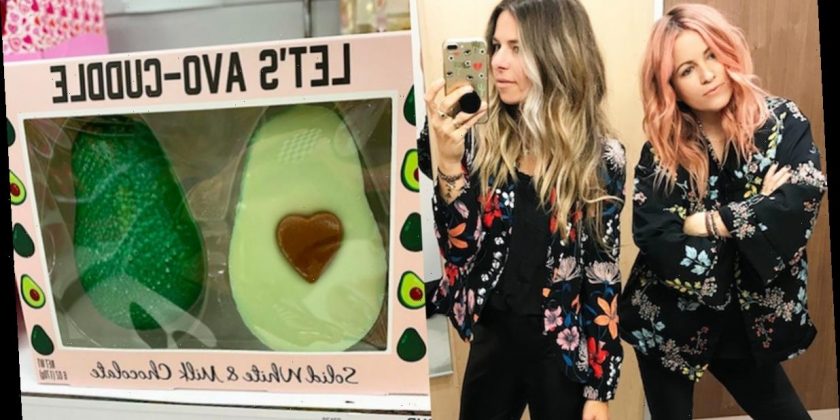 In a post-Kardashian world, every millennial thinks they have what it takes to go viral, but few consider what that online fame actually looks like in a person’s daily life. In Elite Daily’s new series Life Behind The Likes, we speak with the people you know on the internet — from the people behind major Instagram accounts to the Daaaaamn Daniels of the world who went viral for one remarkable moment of their lives — to meet the people behind the screens.

When two young moms began texting each other deals they’d spot at Target, they never thought it would result in going viral. Now, Jen Coleman and Laura Wiertzema’s @TargetDoesItAgain Instagram account has racked up over 1.2 million followers. People can’t get enough of the unexpected Target discounts they share.

It all started with a shared love of shopping, which Coleman and Wiertzema discovered when they met through their mommy blogs. Since Coleman lives in Dallas, Texas, and Wiertzema lives in LA, they initially communicated online and formed a long-distance friendship. They immediately found themselves bonding over their love of fashion — Coleman has a background working in retail and Wiertzema was a visual manager at Anthropologie — and motherhood.

They also quickly found out they had another thing in common. "Laura and I both just had small kids, and we were at Target all the time buying milk or diapers and whatever we needed,” Coleman explains. With such frequent trips to Target, the routine errand soon became something they looked forward to. “All [of] our kids were younger at the time, so I would literally go there just to get an hour break. The kids would sit in the shopping cart, and everyone was entertained,” Wiertzema shares. The women also began to notice that every time they visited Target, they would find a new must-have item of clothing for a super affordable price.

The two friends began to swap experiences they had while perusing the aisles, which they initially posted on their individual Instagram accounts. Coleman and Wiertzema quickly realized they weren’t the only ones who got excited about Target deals. "People would just go crazy [over] how we styled things, and they couldn’t believe we got stuff at Target," Coleman explains. Not only were fans hyped on Target goods, but they also noticed that tons of shoppers didn’t even know about Target’s best steals, with many clothing items priced around the $20-$30 range. "We just saw the amount of people who were unaware that Target had good clothes," Wiertzema says. "The stuff you see [in] magazines, you can go to Target and find a version of it there. And the best part is, it’s literally just right down the street."

With such positive feedback on their personal accounts, Coleman and Wiertzema decided to create a separate Instagram for their Target buys in the fall of 2012. @TargetDoesItAgain was an instant hit, racking up 10,000 followers the first night they launched. The pair attributes the account’s instant popularity to their already loyal following of fans from their personal accounts.

Six weeks into starting @TargetDoesItAgain, Coleman and Weirtzema decided to take their digital friendship to the next level and meet up in real life. Coleman flew out to Los Angeles where Wiertzema lived and the two met at Target, of course. They hit it off, and after Coleman returned to Dallas, they continued to work together from separate states to manage the account. "It just became this thing and it grew and grew and grew," Coleman recalls. "It was so exciting."

Eight years later, @TargetDoesItAgain has become an online phenomenon. The women still have an organic approach to updating their account, which they manage all on their own. Coleman and Wiertzema regularly visit the store four to five times a week and post pics of cool finds while shopping, which include fashion steals, food finds, and cute home decor. "We snap pictures in Target and then we either post in real time or very close to real time," Wiertzema explains. "We don’t overthink styling a post to make it perfect, because I think people would rather see it as is."

With the overwhelming success of @TargetDoesItAgain, Coleman and Wiertzema have transformed their love of shopping into their full-time gigs. They’ve worked with Target a few times over the years, but they mostly make money through brands and advertising agencies who run sponsored content with them on Instagram. The brands Coleman and Wiertzema have partnered with include anything from organic skin care to electronics, but they always make sure to only promote products they would actually buy. “We didn’t even think about monetizing when we first made the account," Wiertzema shares. "But the fact that there are so many new and exciting brands getting launched everyday, the sky’s the limit.”

The two women admit there are perks to Instafame. They recall when they were flown to New York City for a Target event and met interior designer Nate Berkus, who knew who they were right away. "We were just these two stay-at-home moms… that was so amazing to us, because we had admired him for so long and loved his brand at Target," Coleman says.

Though Coleman and Wiertzema love sharing their passion for shopping with their fans. "People think we’re just hanging out at Target all day having fun," Coleman shares. But in reality, there’s a lot of behind-the-scenes work necessary to manage the brand. The two often spend time going back and forth with brands or taking care of legal work.

Spinning off the success of @TargetDoesItAgain, Coleman and Wiertzema created the @CostcoDoesItAgain Instagram account in 2018. There, they document the best deals they find at the wholesale store. Wiertzema says took notice of Costco when the retailer "step[ped] it up with healthier food options." With over 589,000 followers, the Costco account has a similarly devout base of shoppers seeking the hottest bargains.

Coleman and Wiertzema have their eyes set on one day having their own brand sell at Target, which they could see being anything from clothing to hair care. Until then, they look forward to continuing to make regular trips to their favorite store while inspiring other shoppers to find the best buys. "There’s just something for everybody," Coleman says. "Who doesn’t love Target?”