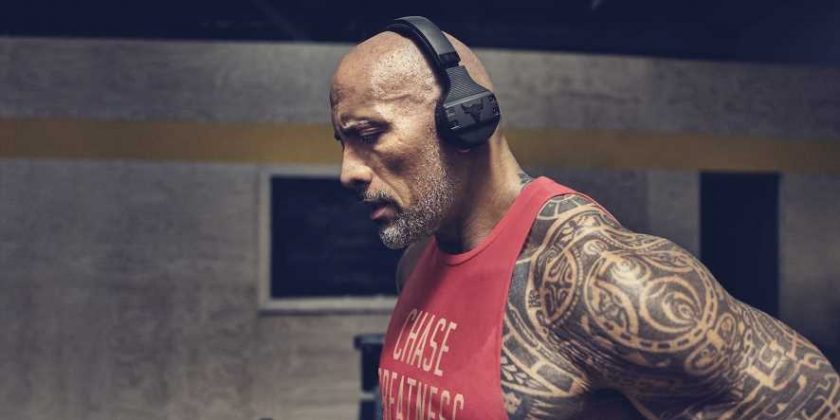 Dwayne “The Rock” Johnson just gave a shoutout to the artist behind his favorite new workout song: rapper Big Sean, whose track ‘Beserk’, featuring A$AP Ferg, is now on The Rock’s gym playlist “for life.” In an Instagram video, The Rock revealed that plenty of musicians reach out to him with their material, promising that it will be the perfect anthem for working out in his Iron Paradise, but that few songs live up to that promise. ‘Beserk’, though, has what it takes to rank alongside the greats on The Rock’s gym playlist.

Big mahalo to my brother @bigsean for sending me his & @asapferg‘s (@hitboy) new track #Beserk with the promise it’ll be a new workout 💪🏾 jam for me. I hear that all the time from my guys who send me their new songs, but they don’t always cut the sweat and mustard to play while I’m training. Happy to report, #Berserk passed the “In Iron Paradise perpetuity” test which means it’ll play in my gym for life along with @therealtechn9ne, Tupac, Metallica, Kendrick, Black Sabbath just to name a few. Keep doin’ it strong brother, congrats on this banger and let’s get that workout in down the road. #bezerk #ironparadise #perpetuity

“This message is for my boy Big Sean, and A$AP Ferg,” Johnson says in the video. “You can hear his new song in the background right now, it’s called ‘Berserk’. So, Big Sean hit me up and he said something that a lot of my hip-hop artist friends tell me, and they say ‘yo Rock, I got this new track, it’s a banger for your Iron Paradise, it’s gonna get you hyped and keep you going!’ And I always say, ‘you sure about that?’ ‘Oh yeah, this is the one, Rock!’ And sometimes it’s a banger, and I play it and they pass the Iron Paradise test, and sometimes it doesn’t.”

“So, proud to say congrats to Big Sean and A$AP Ferg, and Hit-Boy who’s also credited. This song is a banger, it passed the Iron Paradise test. It’s midnight, I’m on my honeymoon, and I’m in here working out! So thank you, thank you very much brother, I appreciate you sending me this song, and congrats to all you boys for putting out a banger. In perpetuity, for life!”

Need something to get you motivated? The Men’s Health team have compiled the ultimate gym playlist for every musical taste, from the 50 best hip-hop workout songs, to the 100 best heavy metal tracks that’ll get you pumping iron, to 50 songs from the unfairly maligned world of indie music. And then there’s this playlist from Amazon Music, featuring songs which were scientifically selected to pump you up.