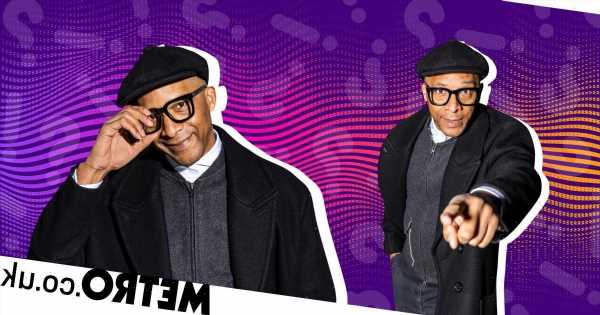 Welcome to Metro.co.uk‘s The Big Questions, where we ask, well, the big questions (and the smaller ones too) and this week, we’re diving deep with Jay Blades.

The Repair Shop legend, also the host of Jay’s Yorkshire Workshop and Jay’s Home Fix, we should add, has seen a lot in his 52 years – and hasn’t been shy in talking about it.

From his battle with mental health to his relationship with his father, and his honesty around learning to read as an adult, Jay’s openness is fresh, and has made him a part of the fabric of British culture.

His memoir, Making It, has just been released on paperback, and in it Jay – or Jay Blades MBE, to you – opens up about challenges in his life, from growing up in Hackney, dealing with racism and hanging out with the wrong crowds, to becoming one of TV’s most recognisable faces.

The presenter, who also mentored Little Mix’s Leigh-Anne Pinnock through the pitfalls of fame, is unbelievably frank and candid about the times when life didn’t go in his favour: he struggled with learning, being severely dyslexic, and spent time living on the streets.

So you can only believe these are some *big* questions.

When it comes to your life story, where do you even begin with getting it down on paper?

We began at the beginning. I had a ghostwriter, Ian, and he helped me. He just asked me questions, ‘What’s the earliest memories that you can remember?’ and then I went right back. 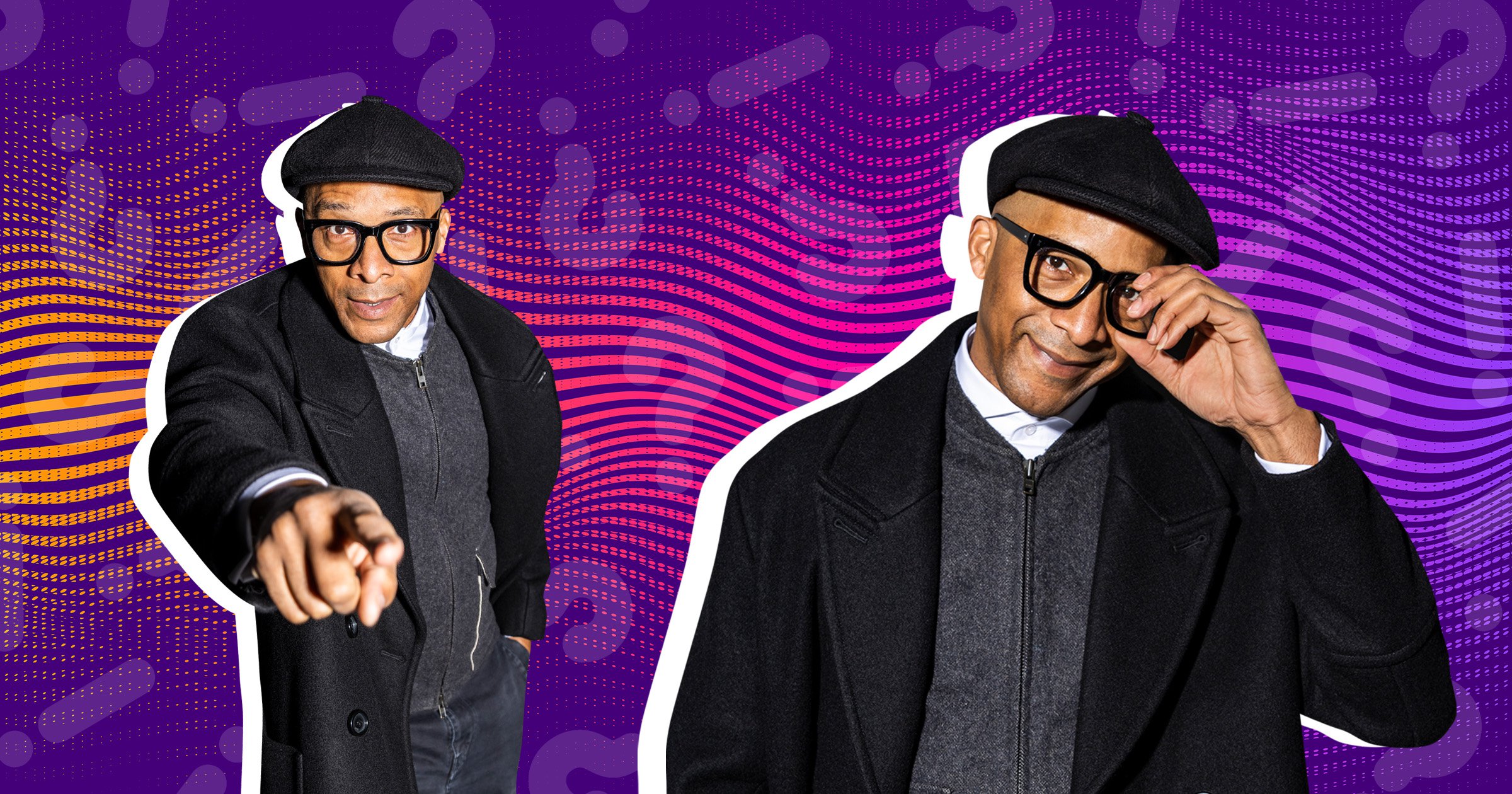 The funny thing is that I have this tendency to remember stuff really, really well, which is quite weird, even though I don’t read, I have this very visual memory.

I’ve never written down anything about it. It’s just all up there. I started probably about four or five [years old], and then just moved up to current times. Think we stopped at about 45/46.

Is there a bit in the book you’re really proud you were able to share?

I think the bit that makes me very proud is the upbringing I had in Hackney. It’s allowed me to have kind of, like an understanding of community and love. And then that’s what I tried to recreate with my life now, and also when I was doing charity work.

It’s made me who I am now, and I just want to have other people have the same kind of experience.

How do you process the level of adoration there is for you?

I don’t know how I process it, because I’m just being me. It’s nice when people like me and all that kind of stuff, but it’s still quite uncomfortable. I’m an extreme introvert, and to have so many people knowing your name, calling you, wanting to speak to you… Everybody who I’ve spoken to, whoever stops on the street, they just say we love your show, we love what you do, boom, and that’s it.

It’s a surreal experience because I’ve had a life before TV, and then I was doing community work, but I never received any kind of [recognition], apart from parents, when I’ve helped their children come back home or stop them doing naughty behaviour or taking drugs and what have you, you get from the parents, but never from just random people. It’s very, very surreal to be in this space as Jay Blades.

With such a busy TV career now, how do you balance still giving back to the community?

Basically you just make the time. That’s what you have to do. I’m a great believer, and if there’s anybody who has an influence, or is a celebrity, you should be using that to benefit other people other than yourself.

Inspire them, get them to develop themselves, and so on and so forth. And luckily for me, some of the people that I have mentored in the past have gone on to start charities and do certain things.

So Leigh-Anne from Little Mix, she runs a charity, and I am a trustee of that charity. She’s taking the same ethos that I started with her and saying, ‘Look, we should all be benefiting other people’. And she’s using her reach to do the same.

I love it when people do that. You shouldn’t be selfish with this status that you’ve got. Spread the Love.

How has it been to watch Leigh-Anne flourish and share her own experiences?

You feel like a really proud dad. It’s almost when you do a sports day, or something, and a kid wins a race, or they’ve done the best they possibly can and you just feel proud.

Leigh-Anne is probably one of the most successful out there, but there are others that are doing some great stuff for communities and just for people in general. I’m really proud of all the young people I’ve come into contact with that got the message, and then now we’re delivering their own message.

You’ve said you try not to carry a chip on your shoulder and to show others that they can get through difficulties. Are there moments where you just think ‘this sucked’, and there’s no other way to put it?

I look at people like [Dragons’ Den’s] Steve Bartlett. You look at his story, very unsuccessful. In the beginning, I mean, unbelievably, came from an unsuccessful family. His mum was a failed entrepreneur, I think is the word, he called it, she had about 12 businesses that just flopped. But he had to see that and experience that to then become as successful as he is now.

I had to go through my dark period, to be understanding and have empathy for myself, first and foremost, and then start giving it out to people as well. So you have to mess up. Just call it a perfect mistake. Or beautiful mistake, there you go, a beautiful mistake. Because it teaches you something, it teaches how to go forward.

You have to have some form of rejection. When I was at secondary school and receiving racism, it taught me how not to treat people. That made sure that everybody I was working with after that was a case of ‘Yeah, I’m going to make sure that you get support and treated in the right way’. I am grateful for those people that treated me the way they treated me because they taught me something, and that in my eyes is a beautiful mistake.

What would you say is the biggest misconception about you?

[Asks his partner, Lisa, off camera] What’s the biggest misconception of me? I’ll tell you who can answer that, she can answer, because she knows the true me.

[Speaks to Lisa] Good yeah, yeah, I agree with that… What she’s saying is that if people haven’t read the book or haven’t seen the documentary, they will have a preconceived idea of me because they see me as a celebrity. So they believe they can speak to me and treat me in a particular way, that I’m there for them, and they’ve made me popular.

I wish people would just do some background information, learning, because I am slightly different. I’m not saying I’m completely different than other celebrities. Most people have had a life. But what I’ve done is I’ve exposed my life and told people, ‘This is what I’ve had happen to me, and this is what I’ve learned from it, and this is where I am now’. But some people come to ‘this is where I am now’ not understanding the journey that I’ve gone through for that. And the journey has been quite intense, and it’s still going on now.

There’s loads of stuff that I never ever anticipated that I would be doing, that you can’t prepare for. I worked with French and Saunders the other day, I never anticipated I’ll be working with them. I’ve done Strictly Come Dancing. I never knew I’d be doing that. Then to receive a message from David Jason – or Sir David Jason, I should say – someone that I’ve watched and admired for years, and it’s like, you can’t prepare for that kind of stuff.

So that’s probably the misconception. No one’s ever asked me that before. If you know how many interviews I’ve done.

Are there any people from The Repair Shop that have really stuck with you throughout the years?

There was a guy called Geoff, who brought in a jukebox and he couldn’t dance or listen to Moonlight Serenade. That’s the first dance he had with his wife who’s no longer with us. And when we got it playing, I asked him, ‘Are you sure you want to hear this?’ and he’s like, ‘Yeah, I bought it, and I’m ready to hear it now’. And then just to see him, not necessarily break down, but to see him rejoice in the memories of his wife was beautiful.

Then we had another guy, Albert, with a radio, bought from an old shop with his wife, and he used to take it on holiday, it stopped working when his wife passed away and it’s never been working since.

Then we got it playing, and we’ve got the radio station to play a particular tune that was for him and his wife, they used to have a dance to, and just seeing him break down was beautiful. This was pre-Covid, where you could go around and give him a hug and just offer that support. Those ones are really, really special.

The thing that normally gets to me is when men show their emotions, especially for their wives that are no longer with us. That’s priceless. And it’s really, really beautiful, I must say.

There was a guy who came in and expressed his love for his dad, and that was powerful. Because the thing about Repair Shop, you guys get to see, like two and a half, maybe three minutes over an arrival, we spend two hours with those people.

Do you think you would have been able to handle being in the spotlight if you were younger?

I don’t think [so]. There’s a lot you haven’t lived, I would say, unless if you had some strong individuals around you when you’re younger that will rein you in.

Sometimes being young, you think you’re invincible, you think you can achieve anything. I’m so glad that it’s happened when it’s happened. I’ve been through everything, almost everything […] that if I hadn’t had that experience before, I don’t think it will keep me as grounded as I am now.

2022 is unbelievable. A lot of things started coming in 2021 that have just kind of finalised in 2022. I’m not allowed to speak about any of them, which is quite annoying, but it’s absolutely unbelievable.

One of the biggest things is receiving an MBE. It’s just like, woah, little boy from Hackney done good, and he’s got recognised by the royal household. They’re giving me an MBA for my contribution towards craft and that to me is perfect. That’s not bad. Not bad at all.