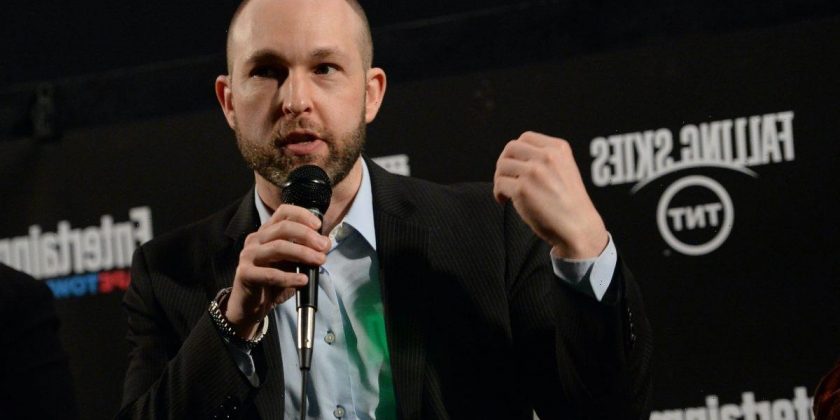 The Goonies was released 36 years ago, and today the movie is considered a beloved classic. One of the reasons people love it to this day is Chunk, the character who was played by Jeff Cohen. It turns out that Cohen, who was only 11 years old at the time, not only brought his acting skills to the role, but he also embellished it as well. Like a seasoned actor, he rounded out the character with some novel techniques and well-placed ad-libs.

Playing the part of Chunk in The Goonies was Cohen’s biggest role yet. People loved his portrayal of the goofy, good-hearted member of the gang. But although many people know Chunk and his irresistible Truffle Shuffle, few realize how much of the character’s personality was enhanced by Cohen.

According to IMDb, in the scene where he breaks down and spills the group’s plan to the evil Fratelli family, the script called for him to cry. To make it look believable, he imagined his mother dying. It worked, and got the tears flowing.

When Chunk runs for help and realizes he has flagged down Jake Fratelli, he expresses his fear by reciting a Hebrew prayer, a touch that was ad-libbed by Cohen.

It seems that Cohen was a natural for the role, and he knew it before anyone else. After he was cast, he came down with chickenpox. Afraid he would be replaced, he showed up for filming despite being sick.

If anyone recognized Cohen’s talent early on, it was director Richard Donner. According to Geek Tyrant, there was one scene in particular where Donner couldn’t hold back his laughter at Cohen’s antics.

The scene showed Chunk shoveling ice cream into his mouth, and the spoon was roughly taken away from him. He started crying, and Donner couldn’t help but laugh. The take was used in the final film, so if you listen closely, you can hear him chuckling during the scene.

Sadly, Donner died a few months ago. But he remained a fan of Cohen, and would even help him out a few years later, when he was struggling.

What happened to Jeff Cohen after ‘The Goonies’?

After his big breakthrough role as Chunk, Cohen continued acting for a while. But Best Life reports that once he hit puberty, he stopped getting roles. It was a painful transition for the young actor, and he struggled emotionally. Donner stepped in to help him through that time, hiring him to work as a production assistant during summer breaks.

Ultimately, working as an actor wasn’t in the cards for Cohen. But he didn’t want to leave Hollywood behind. After attending law school, he started his own legal firm, working as an entertainment lawyer. He also published a book in 2015, titled The Dealmaker’s Ten Commandments: Ten Essential Tools for Business Forged in the Trenches of Hollywood.

These days, the former actor’s net worth is estimated to be $4 million dollars. He appears to have built his wealth on his own, explaining that “The Goonies money doesn’t allow you to quit your day job.”

But although he’s built a new life for himself, Cohen hasn’t forgotten his biggest role. His business website even refers to his work as a child actor, and it mentions that he was best known for playing Chunk in The Goonies.

“He asks that you don’t hold that against him,” the website copy concludes.

As if his loyal fans ever could.