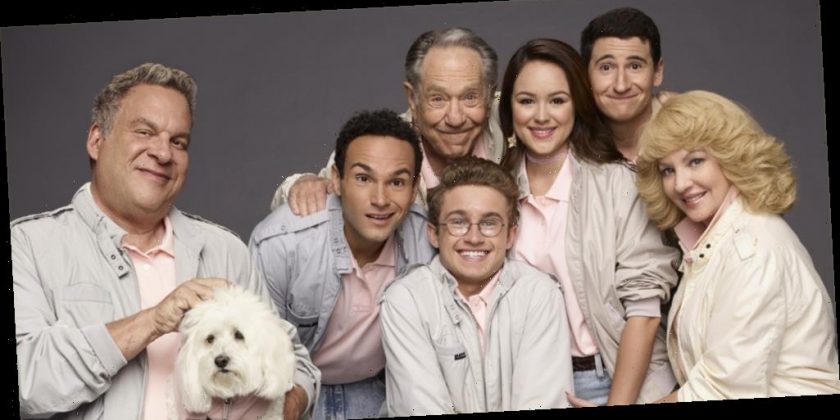 The Goldbergs cast and crew have paid tribute to George Segal, who passed away on Tuesday following bypass surgery.

“My heart is broken,” Sean started his tribute on Twitter following the news. “I lost a dear friend. Working with George was an honor and some of the happiest moments of my life.”

He continued, “What a sweet & wonderful man. He was my confidant & teacher. When he smiled it changed my day. I wish everyone could have met him. Prayers are with the family.”

Wendi, who played his on-screen daughter, Beverly, only had one word to sum up her time with George: “Grateful”.

Hayley, who plays daughter Erica on the show, added her own tribute on Instagram: “To me, George Segal was invincible so I’m having a hard time believing that he is really gone. He was an absolute light that illuminated every room he walked into. His laugh was utterly infectious and so rewarding if you were the one who got him to do it. He had the most beautiful stories that always ended in a perfect punch line. He showed me what it really means to be an actor. What it takes. I am devastated that I won’t get to hear him laugh again. My love and prayers go out to his family 💜.”

“Love you George Your humor, your laughter, your aura, your professionalism, your smile, your work ethic, your HEART, everything about you was special. I knew whenever I was around you I was in the presence of not only an amazing actor but an amazing human being. You are forever,” Troy, who portrays Barry on the show, wrote.

AJ, who starred in several seasons of the show as Lainey, wrote on Instagram: “You will be greatly greatly missed George. Going to sleep with a heavy heart tonight. May you Rest In Peace. We love you Pops.”

The series also plans to pay tribute to George on tonight’s new episode, airing on ABC at 8/7c.