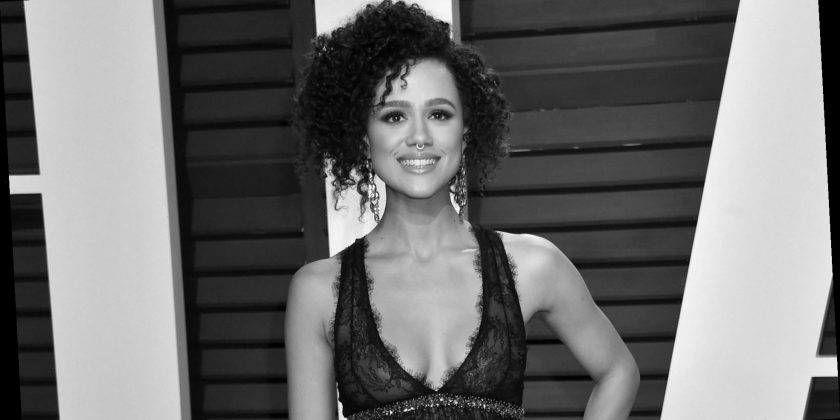 British actress Nathalie Emmanuel kicked off this latest episode of The First Time by sharing how she first got involved with her latest project, Audible’s The Coldest Case. Her agency first reached out to her about the opportunity at the beginning of the first Covid-19 lockdown in London. “Everyone was working from home, working remotely,” recalled Emmanuel. “I read the script. I was like, wow, this is really interesting and there are great people involved. I was like, sure, let’s do it.” The actress was sent the recording equipment to be able to work on the project during the lockdown. “It was a really great opportunity to be creative when I literally couldn’t leave the house,” Emmanuel said.

‘The First Time’ With Ian McShane

'The First Time' With Aly & AJ

'We Are Better People Because of John Lennon'

The Game of Thrones actress then went on to share what it was like first learning Valyrian for her role as Messandi in the series. During her first look at the script, Emmanuel recalled seeing whole paragraphs of Valyrian and wondering how she’d ever be able to pronounce and memorize the fictional language.

“I remember just freaking out for a minute,” she recalled. “It was just written in the script and I had no other materials that taught me how it was pronounced, how to say it, what it sounded like. Like I had nothing [at first].” Fortunately, the creator of the language, “conlanger” David J. Peterson, had her covered. Peterson had prepared a bunch of resources for the actress to utilize. “I used to get these pages of it written down phonetically and in English,” said Emmanuel. “And then I’d also have recordings of him saying it phonetically, saying it up to speed, saying it just slightly slower, and then saying it in English also. So I had a lot of support, and we also had dialect coaches that were really wonderful.”

Emmanuel later told the story of how she first decided she wanted to pursue acting as a career. The actress had always been involved in the performing arts as a child, but mostly as a hobby. “I went to the kind of schools that were very academic and it was kind of like, you need to be a doctor or a lawyer or a [veterinarian] or a politician,” she recalled. “It was academia based careers that they essentially encouraged us to [pursue].” It wasn’t until she was ten, when she was chosen to be in the London cast for The Lion King, that she first realized she wanted to become a professional actress one day. “I just remember loving it so much and having so much fun,” the actress said. “And like just even at 10 years old, I was just like in awe of everything. That was when I said, oh, I want to do this as a career. I want to be a performer. That was the real turning point for me.”

Emmanuel later opened up about what led her to discover her passion for yoga. She had been going through a really hard time and her mental health had suffered as a result. It was the recommendation of someone she had sought help from that led Emmanuel to her first yoga class. “The person I spoke to, she said, ‘Hey, [this might not] work for you, but you should try and create a space for yourself that is outside of your life, like a new environment,’” recalled Emmanuel. “‘And just see if that just by kind of changing up your routine slightly, like whether you kind of find something, you know, help you feel a bit more yourself again, because it gives you perspective.’ So that’s basically what happened.”

Emmanuel had heard of yoga through a few friends that did it regularly, but she hadn’t ever been to a class herself, until one day, “someone was like, oh, there’s this new studio. And so I thought, you know what, I’m going to go. And I put myself on the train and I went to the yoga class, and I fell in love with it. It was a really transformative story for me. Obviously yoga is no quick fix to mental health issues, but it definitely was a journey of self-love and being kind to yourself,” said Emmanuel. “And it actually helped me make some changes that in the end were really, really beneficial.”

The actress wrapped up the interview with stories of her first time quitting a job and what it was like to visit the U.S. for the first time.