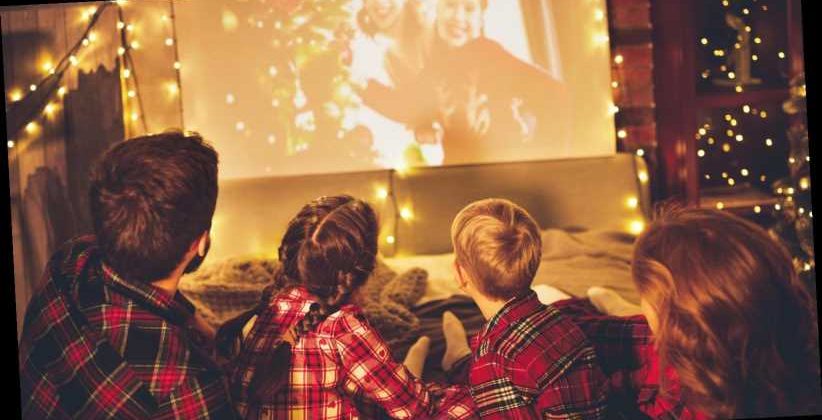 Perhaps now more than ever, we can appreciate the simple pleasures that the holiday season brings. The COVID-19 pandemic has forced millions to cancel their travel plans and reduce or eliminate their guest lists. Even Prince William and Kate Middleton will be missing out on their traditional royal family get-togethers. But there are some seasonal joys that don’t require gift wrap, a large crowd, or a plane trip — and watching Christmas movies at home is among them.

Even those of us who spent a chunk of 2020 binge-watching Schitt’s Creek can still find joy in watching a favorite holiday film with the family. Maybe this is the year the kids are finally old enough to enjoy a full-length feature like The Polar Express, or maybe you’re curious about older classics such as White Christmas. But there are certain movies that are so perfect for the season that Christmas would feel incomplete without having seen them at least once.

There are many classic holiday titles (as affirmed by Parade and others) that belong on a “best of” list, but we reluctantly omitted films like Die Hard (for not being jolly enough), Love Actually (for breaking Emma Thompson’s heart), and Santa Claus Conquers the Martians (for being laughably awful). The four that remained (after much debate and lots of mulled wine) get top marks for their performances, holiday messages, and timeliness. Hope they inspire you to get into your PJs and settle in for a movie night while waiting for Santa.

Since 1946, It's a Wonderful Life has been a Christmas movie staple

Even if it wasn’t ranked as the favorite Christmas film, according to a poll by The List, It’s a Wonderful Life would still take top honors for its ability to warm hearts — even after 74 years. Jimmy Stewart impeccably portrays George Bailey, an average guy who selflessly does what’s best for his family and his small hometown, even though it means sacrificing his own hopes of becoming a globetrotting architect. A moment of crisis and doubt on Christmas Eve leads him to contemplate suicide for the insurance money, but he’s pulled from the brink by a low-ranking angel who shows him a glimpse of what life would have been like if he’d never been born.

True, this isn’t a film about the holiday itself, but its messages of hope, redemption, and humanity are as Christmassy as it gets. Seeing the vision of a bleak, George-less world, Stewart realizes that his small actions have had a major impact on everyone from his brother, Harry, to a transport ship of sailors whom Harry later saved in combat. We dare you not to get all the feels during the famous final scene where George is toasted as “the richest man in town.”

Forget the live-action, musical, and animated remakes — sorry, Jim Carrey fans — the original 1966 Grinch animated movie still tops them all. Let’s count the ways: 1. It’s almost word-for-word faithful to the wonderful Dr. Seuss book that inspired it — no Whoville backstories, plot padding, or extra characters needed. 2. The performers are perfection: Boris Karloff, of the classic Frankenstein films, acts as both narrator and Grinch. And veteran voice actor June Foray, whose voice you’ve heard on everything from Mulan to The Simpsons (via Behind the Voice Actors), plays little Cindy Lou Who. 3. There’s the simple but unforgettable score by Albert Hague, best known as the music teacher from the original Fame movie (per Playbill). Who doesn’t thrill to “You’re a Mean One, Mr. Grinch”? 4. The director and screenwriter is none other than animation genius Chuck Jones, who directed dozens of Bugs Bunny shorts and created such characters as the Road Runner, Wile E. Coyote, and Pepé Le Pew (via his website). 5. The film’s simple but important message: Christmas is much more than just gifts, tinsel, and platters of roast beast.

Bonus: Unlike its successors, this Grinch runs less than half an hour — just long enough to hold a pre-schooler’s attention right before bedtime. All this adds up to a holiday delight worth its weight in Jing-Tinglers.

Charles Dickens wrote his most popular story in December 1873 as a means of raising public awareness of England’s grueling child labor conditions (via BBC).  More than a century later, his lessons on compassion and charity live on in the many stage, movie, and TV adaptations of A Christmas Carol. As Entertainment Weekly reports, the wide variety of actors taking on the challenge of playing Ebenezer Scrooge range from George C. Scott to Bill Murray. Which version is best? That could spark a debate as big as whether The Nightmare Before Christmas is a Christmas movie or a Halloween one.

Many critics, including those on Rotten Tomatoes, point to the 1951 Alistair Sim film as being the most faithful to the original source. But if you’re looking for a rendition that combines the spirit of the story with kid-friendly performers, the Muppets’ version has to win out. Michael Caine as Scrooge interacts splendidly with his puppet co-stars, including Kermit and Miss Piggy as the Cratchits, Fozzie Bear as Fozziwig, and Gonzo the Great as Dickens, who also acts as narrator. If your children aren’t yet familiar with the story, this film will have them exclaiming, “God bless us, every one!”

Will Farrell's iconic role as Elf is a modern classic

Last, but definitely not least, is the classic Will Ferrell comedy, Elf — now airing on AMC through the holiday season (which took the rights from the Freeform network, per Vulture). Though some reviewers on Common Sense Media warn that some of the humor may not be appropriate for younger children, older ones (and their parents) will get a kick out of the tale of a human raised as an elf at the North Pole. Learning the truth of his origins, Buddy goes off in search of his birth dad, and along the way, he helps bring the wonder and spirit of the season to jaded New Yorkers. The film retains its appeal through its superb supporting cast — including Ed Asner as Santa, Bob Newhart as Papa Elf, and James Caan as Buddy’s overworked, sarcastic father. But it’s Ferrell’s commitment to the character that clinches the movie’s appeal. Even the most Grinchy viewers have to admit that Buddy’s childlike enthusiasm is hard to resist.