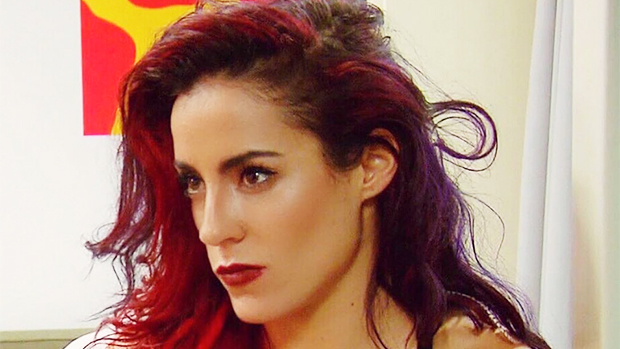 Cara Maria and Zach had each other’s backs on ‘The Challenge: Final Reckoning,’ but a new tweet from Cara reveals that things have drastically changed since then. What’s going on here?!

“What I have with Zach [Nichols] is just unspoken,” Cara Maria Sorbello said on The Challenge: Final Reckoning. “He knows I’m not gonna say his name.” This episode aired back in September, and was filmed just a few months before that. However, Cara took to Twitter on Dec. 11 and hinted that she and one of her biggest Final Reckoning allies have had a falling out. Cara shared an MTV News article from Dec. 7, in which she participated in picking her “fantasy bridal party” with fellow Challenge cast members. It’s unclear when the interview was conducted, but in it, Cara revealed, “Guys would be CT [Tamburello], Johnny [Bananas], Zach, Leroy [Garrett], Jozea [Flores] and Frank [Sweeney]. I would have Kyle [Shore] in there to pick up trash at the end.”

However, when she posted the article on Twitter, Cara added a small tweak. “It really makes sense that I am with the right human when as anti-marriage as I’ve been my whole life….I can now breakdown my fantasy @ChallengeMTV @PaulCalafiore_ bridal party,” she wrote. “But let’s remove that misogynist Zach. My cousin [Jamie Banks] is #1.” Cara didn’t go into further detail about why she wants Zach removed, but many fans are speculating that something must have gone down between the two while filming the 33rd season of The Challenge.

The show’s new season OR cast have yet to be confirmed, so it’s unclear if Cara and Zach were even part of a potential season 33. However, the timing of a new season certainly makes sense with the recent ending of Final Reckoning. “Wasn’t Zach one of your favorite guys you would never vote in?” one fan wondered, in response to Cara’s tweet. “What happened?” Someone else wrote, “Give us some [tea emoji],” begging to know more.

We’ll have to wait and see how this one plays out, but one thing that this tweet DOES confirm is that Cara and Paulie Calafiore are still going strong! She admitted in the MTV News article that Paulie would be her groom in this “fantasy” wedding, and he’s clearly who she’s referring to as the “right person” in her tweet. Plus, he responded, “So is this the part where I say “I do?!” Causeeee…[heart emojis].” True love!