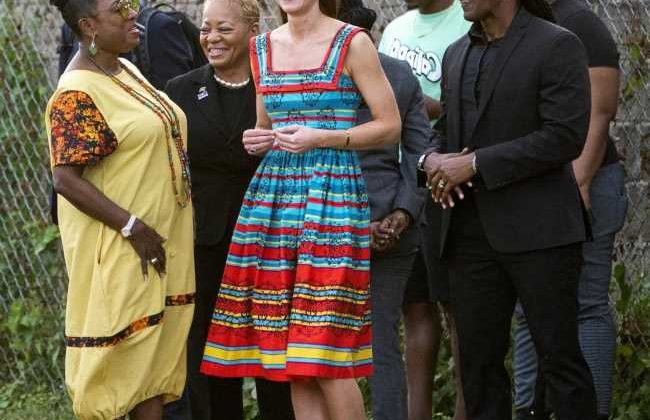 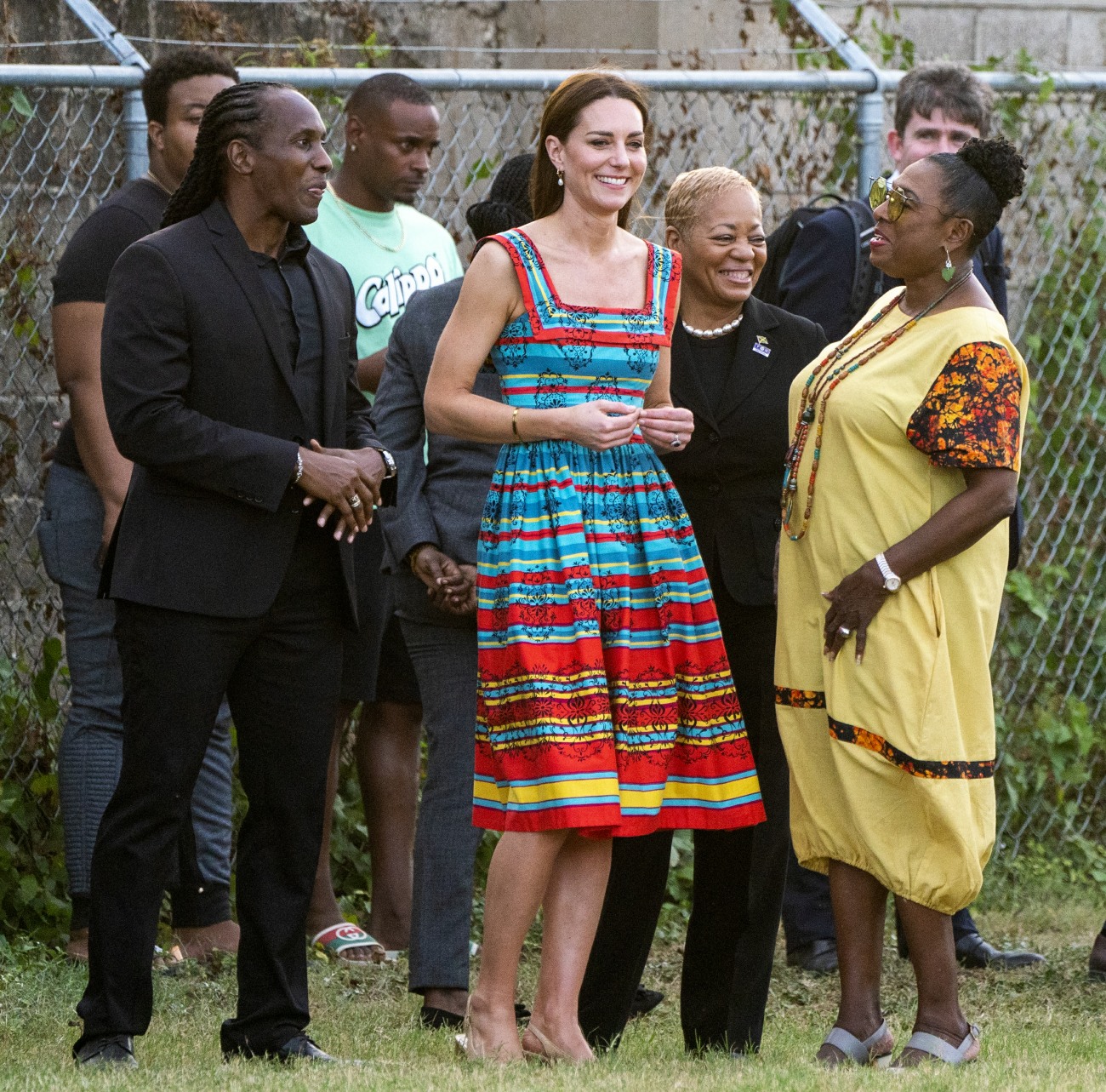 Once again, hours before the Duke and Duchess of Cambridge’s arrival in Jamaica on Day 4 of their Keen Caribbean Tour, government sources were telling the Independent, Harper’s Bazaar and other media outlets that Jamaica would begin the process to remove the Queen as their head of state immediately. As soon as William and Kate get on their private plane and fly off from Jamaica, the country’s government will begin the process no matter what. This keen escapade is nothing more than a holiday for them, although obviously, they would not choose to go on holiday with so many Black folks. Reportedly, Jamaica wants to become a republic by August, the 60th anniversary of their independence from Britain.

So that was the political backdrop for William and Kate’s first half-day in Jamaica. They arrived at the airport, did a little welcoming ceremony on the tarmac, and then Kate changed clothes. For most of the half-day’s activities, she wore “a £369 print dress from Willow Hilson Vintage – a Cheltenham-based boutique.” She chose that rather than a Jamaican designer, I guess. The Daily Mail honestly ran this headline: “Welcomed like rock stars! William and Kate are greeted by adoring crowds chanting ‘we love you, we love you’ in Trench Town during Jamaica tour… while anti-monarchy protesters accuse them of benefitting from ‘blood, tears and sweat’ of slavery.” This rock-star reception includes Kate trying to avoid being touched by a Black woman and Kate ensuring that there were photos of her greeting children through a chain-link fence. 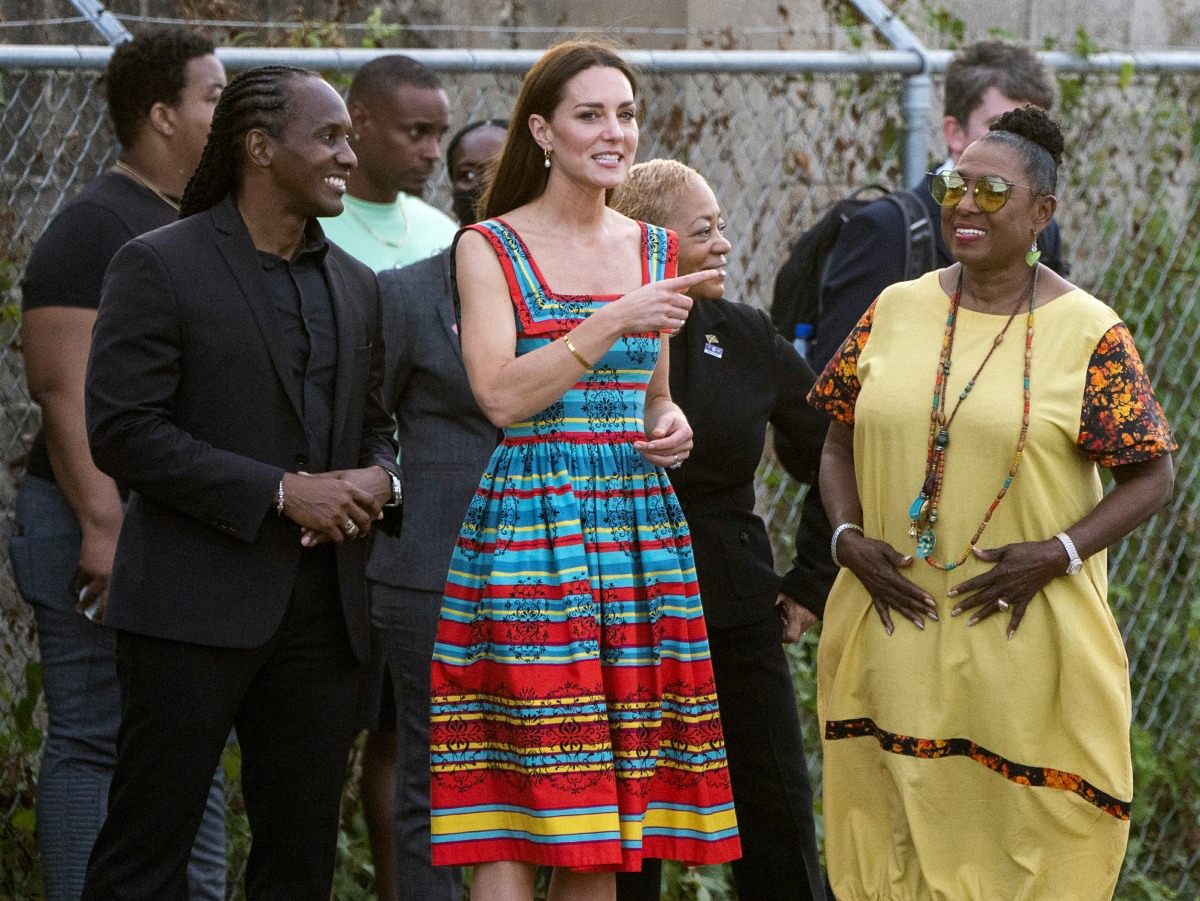