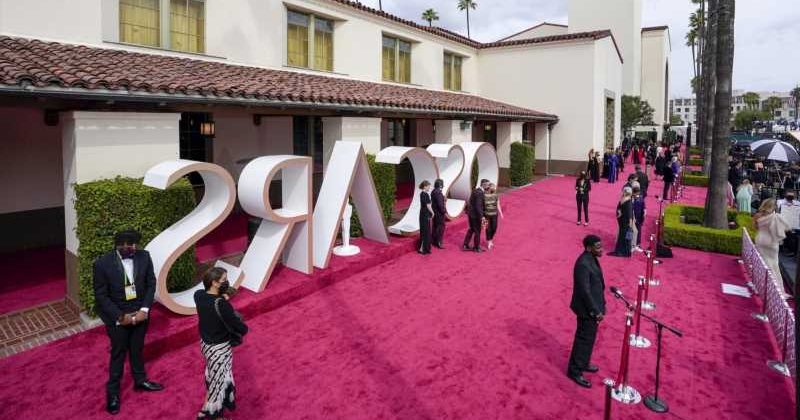 There were many highs and lows to the 2021 Oscars. One of the night’s final moments truly baffled the audience and viewers at home. When it came time for the evening’s end, they concluded with the Best Actor award. Much of the buzz before the show led many to believe that Chadwick Boseman, who died at the age of 43 of cancer, would win the award posthumously.

In a shocking move, that proved not to be the case. Nominated for the honor were Boseman for “Ma Rainey’s Black Bottom,” Anthony Hopkins for “The Father,” Steven Yeun for “Minari,” Riz Ahmed for “Sound of Metal,” and Gary Oldman for “Mank.”

Anthony Hopkins wasn't even on hand to accept the award

What made the whole situation even more awkward was that Anthony Hopkins was not on hand to accept his award, having not attended the Oscars ceremony in person. Though Chadwick Boseman’s wife, Taylor Simone Ledward, was not believed to be at the ceremony, many expected her to appear virtually to accept the award on his behalf, as she has at other ceremonies.

Twitter felt both Boseman’s memory and Ledward were disrespected by the move. As some noted, the fact that the order of awards was reorganized, presumably to give Ledward time to make an emotional speech, felt like a set up.

“Regardless of whether Hopkins deserved it, the set up of presenting best actor last made it seem like they were building up to a tribute to Chadwick Boseman and if they were so desperate to not present picture last they could’ve at least swapped actor and actress,” one Twitter user noted.”

That said, the sentiment across the internet was clear. Many believed Boseman gave the performance of his career in the film. They’re committed to honoring his memory, regardless of what accolades he achieved in his short time in the industry.