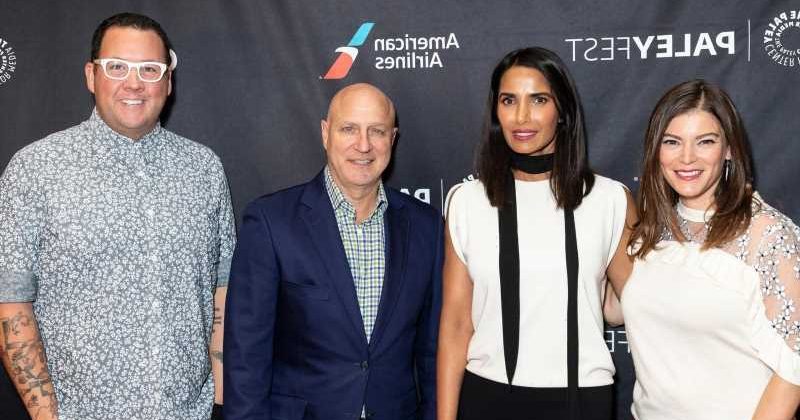 From restaurant wars, to quick fire challenges, to the often combative team collaborations, there are many reasons why contestants on “Top Chef” could find themselves on the opposite side of success, and packing up their knives to go home.

We’re rooting for these reality TV show’s chefs to deliver the best dishes to judges Tom Colicchio and Padma Lakshmi whenever they can. That being said, it often makes for some highly enjoyable viewing when one of the contestants serves up a dish that has failure as the main ingredient.

So far, there are 17 completed seasons of the series with the 18th currently playing out every Thursday (via Bravo). This long-running show has produced plenty of dishes that have us drooling. We have seen dishes that have made our eyebrows raise and mouths pucker, even while sitting at a safe distance on our sofas. To pick out the biggest disappointments in a sea of often-occurring misfortune, we did some research and found the decidedly worst dishes in “Top Chef” history.

First on our list is what main judge Colicchio deemed the single worst dish in “Top Chef” history, after just three seasons on air (per Bravo). What was the dish? Broccolini. And who was the offending chef? Chris Jacobsen, a.k.a. CJ.

Colicchio is the judge, so we have to take his word for it that such a simple vegetable could have turned out so epically terrible. But after the season aired, Jacobsen got a chance to set the record straight over what really went wrong. “Well, I didn’t blanch it very much. I knew it had to go in those weird ovens and I didn’t want it to get overcooked. But they did, and looked bad, so I didn’t want to send them out. I said, “I’m not sending these out.” But they said, “You have to send them out.”” he admits.

When asked who “they” was, Jacobsen avoids name dropping. “I can’t tell you specifically. But it was production. I said, ‘I lose if I send these out,’ and I did. In retrospect I should have said, ‘Screw you,’ but I did send it out so it is my fault” (via Grub Street).

Perhaps it was the dish's temperature and not its taste

And speaking of not dropping names, when Colicchio was interviewed many seasons later and asked what the single worst dish he ever tasted was, he obviously had found one that dethroned the broccolini. “I was in a desert in Las Vegas. I forget [the chefestant’s] name now,” he says, oh-so-conveniently. “He made this cod ceviche in the summer that was like 90 degrees and it was horrible and I spit it out immediately,” he admits. And being ever the gentlemen, Colicchio goes on to say that he tried to hide behind a cactus when he spit out the offensive bite (via Bravo).

Spitting out food is not very common in the “Top Chef” world. But can we really blame the judge? Eating thinly sliced warm fish in the desert is hard enough to imagine without squirming. We get why Colicchio couldn’t commit to swallowing it.

Padma is not a fan of liver and chocolate coupled together

Since we listed Colicchio’s least favorite dish, it’s only fair that we name one Lakshmi’s as well. And, surprisingly enough, this failed dish came from Season 2’s winner, Ilan Hall. The horrendous dish obviously didn’t make Hall have to pack up his knives, but the chocolate ganache with chicken liver he served during the competition left a lasting impression in the worst way. “It had a rubbery, spring action,” describes Lakshmi. “And we had to eat it. That’s the thing about our jobs” (via Mental Floss). Chocolate and rubbery chicken. Say no more Lakshmi. Say no more.

We have to admit, being a judge on “Top Chef” sounds like one of the best possible “jobs” you can have! When describing her work days, Lakshmi’s reveals, “I sit on my a**. I eat and I talk. I don’t have to cook a damn thing. How awesome is that?” (via Mental Floss). It does sound pretty amazing. Though after finding out about the biggest food failures on “Top Chef,” we have to say some of our job envy has disappeared.