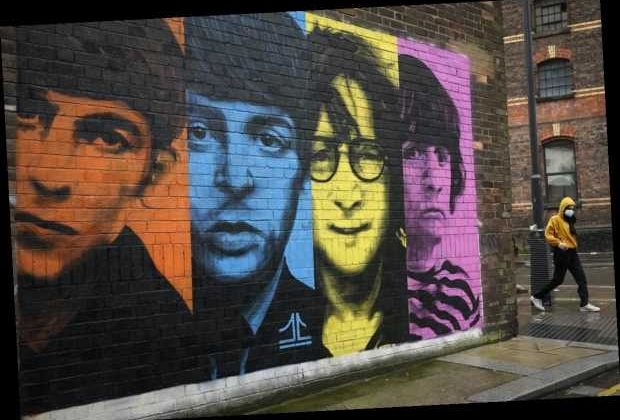 The Beatles were an English rock band that is responsible for some of the world’s most iconic songs. Tunes like “Hey Jude,” “Let it Be,” “Eleanor Rigby” and “Love Me Do” continue to inspire and delight fans to this day, over fifty years after they were originally released.

Although the Beatles disbanded in 1970, with all the members going on to establish separate careers in the music industry, fans still know and love John Lennon, Paul McCartney, Ringo Starr, and George Harrison as members of the Beatles. While people everywhere love the band and what they stand for, the Beatles did make some enemies in their time — most notably, the first lady of the Philippines, who made a shocking move to ban them from the country in 1966, after they refused an exclusive invitation from her office.

The Beatles originally formed in Liverpool

In the mid-fifties, John Lennon and Paul McCartney were casual acquaintances from Liverpool, England, who shared an intense love for music and songwriting. After performing individually in a series of small bands, Lennon and McCartney joined forces, along with George Harrison, and in 1960, The Beatles were born. In 1962, they added the drummer Ringo Starr to their lineup, and over the next year, the group toured all over the world.

By 1963, the four young men had landed a recording contract, and had released the hit single “She Loves You.” In February 1963, the Beatles released their debut album Please Please Me, which quickly became a hit with fans all around the world. The commercial success that they began to experience led to a series of worldwide dates, and in 1964, the Beatles traveled to the United States, ushering in the era of “Beatlemania.”

‘Beatlemania’ took over the world in 1964

The Beatles became superstars in America right away, and their historic appearance on The Ed Sullivan Show only cemented their status as pop culture icons. Fans couldn’t get enough of their unique manner of dress and the way that they spoke and gravitated to their fun, catchy tunes.

It was the Beatles that paved the way for other groundbreaking British acts, such as The Rolling Stones, to achieve success in the United States, and over the next few years, the Beatles continued to tour and perform in America, always to resounding acclaim.

The Beatles’ concert tours were wildly successful, and they made friends all around the world — except, perhaps, in the Philippines, where they managed to cause a rift with the first lady.

Why were they banned from the Philippines?

In the summer of 1966, the Beatles were touring the Philippines when they received an invitation to a breakfast reception at the Presidential Palace in Manila as the special guests of First Lady Imelda Marcos.

According to The Vintage News, the group declined the invitation on the basis of the fact that they did not traditionally accept invites to official events.

However, their refusal to attend the breakfast reception rubbed Marcos the wrong way, and as recompense, she reportedly banned the Beatles from entering the country again, per Harper’s Bazaar.

Not only was Marcos angry, but word quickly got out that the banned had snubbed her breakfast invitation, and locals were thoroughly outraged, even mobbing the hotel where the Beatles were staying.

Fortunately, the Beatles were able to leave the country without incident — although, in retrospect, they likely regretted offending Marcos, even if it was unintentional.