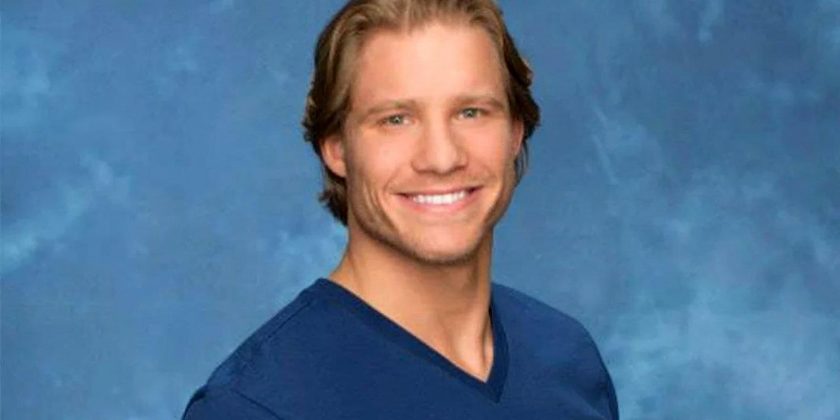 Back in January, Arlis’ high school wrestling coach announced on Twitter that the 34-year-old, who competed in Kaitlyn Bristowe’s season of the long-running dating show on ABC, passed away.

AceShowbiz -“The Bachelorette” alum Clint Arlis‘ cause of death has been revealed. According a coroner’s investigation report, Arlis’ death on January 11 was ruled as suicide.

The report, which was obtained by Page Six through a Freedom of Information Act request, also revealed that Arlis left a note on his dresser before hanging himself. He planned to visit a local high school for a workout the morning of his death.

It was said that Arlis had been struggling with paranoia and believed that people were watching him. He also had ongoing issues with his girlfriend of four years.

His parents believed that “things were getting better” with their son as he did not open up about his struggles after he moved in with them. Unfortunately, it wasn’t the case.

Arlis’ high school wrestling coach Scott Bayer of Batavia, Illinois announced the architectural engineer’s passing on January 13. Through his Twitter account, Bayer wrote, “It is with a heavy heart and a sense of profound loss that we announce the death of one of the Batavia Wrestling Program’s All-Time greats, 2005 graduate, Clint Arlis.”

He went on to share memories of the Batavia High School alum before touching on his professional wrestling career. Concluding his lengthy post, Bayer wrote, “On behalf of all of us in the Batavia Wrestling Family, we send our deepest and most sincere condolences to the Arlis Family during this period unimaginable heartbreak and grief. To the Arlis Family, we loved Clint. We love you.”

Also paying tribute to Arlis was fellow “The Bachelorette” alum Nick Viall. On his page, the former star of “The Bachelor” tweeted, “Just heard about the passing of Clint Arlis. I got a chance to get know Clint a little after our time on Kaitlyns season and I always enjoy are time and conversations. A very kind, unique, and talented person who was taken from this world far too soon. RIP Clint [heart emoji].”

As for Kaitlyn Bristowe, the reality TV star addressed his death on Instagram Stories. “Clint, who was on my season on ‘The Bachelorette’, I’m going to say tragically, he’s tragically passed. 34 years old,” she shared at the time.

“I’m not sure what happened, how it happened. All I want to say. Is from knowing him on the show, even though, you know, things didn’t end on the best terms for us, from his time on the show to today, I have heard nothing but incredible things about that person,” she continued. “From his peers, his students, his coaches, his teachers, his friends, his family. Clint was very well respected in his world, and it is an absolute tragedy of what’s happened.”

“This Instagram Story is literally to just say to anyone who knows him who might follow me that I am so sorry. It’s such a huge loss, and I’m honestly just beside myself with this news,” she concluded.