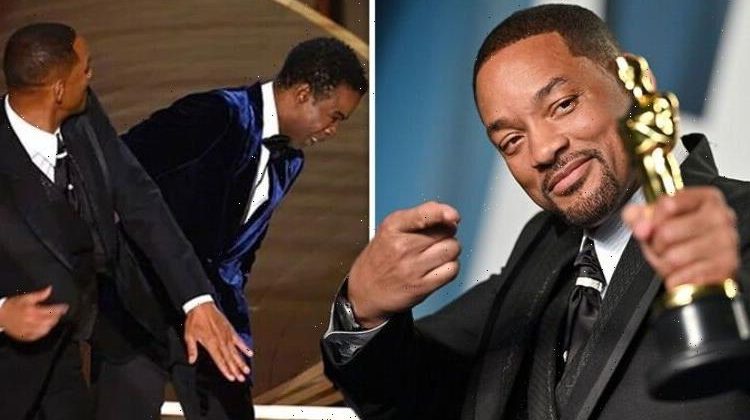 The Academy of Motion Picture Arts and Sciences has “condemned” Will Smith’s behaviour at last night’s Oscars ceremony, after the actor slapped comedian Chris Rock for making a joke about his wife, Jada Pinkett Smith.

In an official statement, the Academy it “condemns the actions of Mr. Smith at last night’s show”.

“We have officially started a formal review around the incident and will explore further action and consequences in accordance with our Bylaws, Standards of Conduct and California law,” the statement continued.

The result of the investigation could see Will banned or suspended from the Academy, possibly forced to miss next year’s ceremony.

He won Best Actor last night for his portrayal of Serena and Venus Williams’ father, Richard, in the film King Richard.

Whoopi Goldberg, who is Academy Governor in the Actor’s branch, has confirmed he will not have his award rescinded.

“We’re not going to take that Oscar from him,” she said on The View.

“There will be consequences I’m sure, but I don’t think that’s what they’re going to do, particularly because Chris said, ‘Listen, I’m not pressing any charges.’”

She added: “I think he overreacted…I think he had one of those moments where it was like G.D. it, just stop.

“I get it, not everybody acts the way we would like them to act under pressure. And he snapped.”

While presenting an award, Chris said to Jada, who was sitting in the audience: “Jada, I love ya.

He was referring to Jada’s shaved head, as Demi Moore famously shaved her head for the role of GI Jane in 1997.

But Jada, who has spoken openly about how traumatising it was to lose her hair due to alopecia, rolled her eyes and didn’t laugh.

Her husband Will appeared to laugh at first, but his demeanour suddenly changed and he marched on stage before slapping Chris round the face.

Sitting back down in his chair, the Fresh Prince actor said: “Keep my wife’s name out your f***ing mouth.”

“Wow, Will Smith just smacked the s**t out of me,” said Chris, looking shocked.

The comic is not pressing charges – though he has six months to change his mind.

Accepting his gong, a tearful Will apologised to his fellow nominees and to the Academy.

“Love will make you do crazy things,” he said.