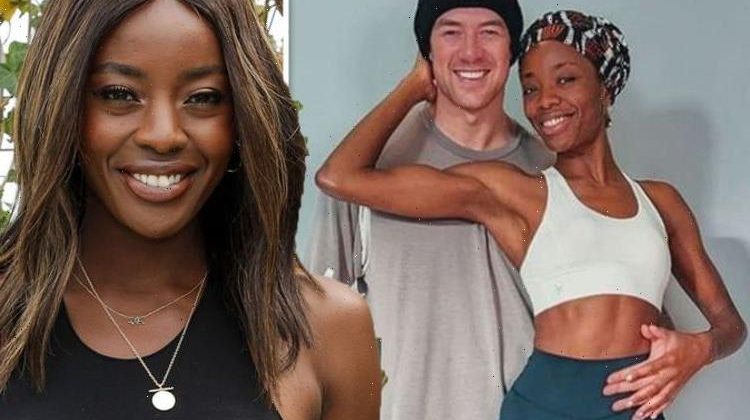 Strictly Come Dancing’s AJ Odudu has told how her partnership with professional dancer Kai Widdrington has “killed” her love life. The Blackburn native, 33, and Kai, 26, have sent sparks flying on the Strictly dance floor thanks to their steamy routines since the start of the season. But now, AJ has claimed that her rumoured romance with the dance star has put off any potential suitors from sliding into her DMs.

My direct messages are dry

Speaking about receiving direct messages on social media, the star revealed that her inbox was empty.

AJ said: “Oh my gosh, my direct messages are dry.

“I’ve not had one direct message from a potential suitor, that is not happening.”

The TV presenter went on to say that they’d likely be put off after watching her steamy performances with Kai week after week.

“He’s witnessed me wrap my legs around Kai every single week!” AJ said to The Sun.

Following their performance to Whitney Houston’s I Have Nothing on Movie Week, microphones picked up Kai whispering sweet nothings in his partner’s ear.

Fans were also convinced that they were moments away from kissing.

Elsewhere, AJ opened up about the “connection” her and Kai had when they first met.

“We both have the shared goal, I think it’s just those things that are the basis of a strong connection.”

Kai also weighed in, adding that he and AJ were instantly in sync and gushed over their dancing abilities as a pair.

He said: “As soon as we started dancing together, as soon as we had the first rehearsal, we just clicked.

“When we dance together, it looks pretty good as well… So it helps! Everything comes together nicely,” he told Digital Spy.

Last week, fans were left shocked when AJ and Kai were left at the bottom of the leaderboard.

After appearing on the dance-off against Dan Walker and Nadiya Bychkova, the BBC Breakfast presenter was eventually sent home.

This week on Strictly sees the remaining dancers having reached the semi-finals.

It means that the celebrities and their partners will perform two dances on the show.

AJ and Kai are set to dance the Rumba to Show Me Heaven by Maria McKee, as well as the Quickstep to Sing, Sing, Sing by Benny Goodman.

Strictly Come Dancing continues on Saturday at 7.05pm on BBC One.