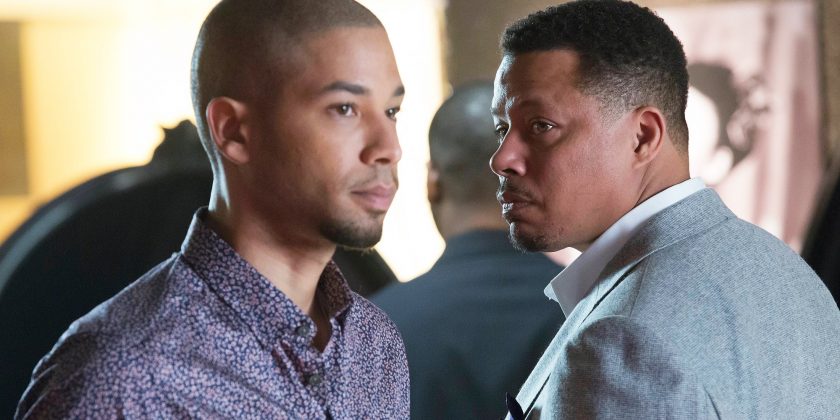 Still in shock. Terrence Howard spoke out on how his Empire costar Jussie Smollett is doing after being attacked in a “possible hate crime” on Tuesday, January 29.

Howard, 49, appeared on Good Morning America on Wednesday, January 30, and opened up about the moment the Empire cast learned that Smollett, 36, was hospitalized. “Jaws dropped to the ground,” the Law & Order: LA alum recalled. “And then when we learned there had been letters that had been sent to Fox as threats about the potential of something like this … then we became much more frightened.”

As for how the star is doing following the assault, Howard explained that Smollett is “getting better,” but it’s going to take time for physical and emotional wounds to heal.

“You know, he’s angry, but I know Jussie,” the Hada Madrina actor said. “Jussie’s anger will dissipate and he will forgive these people for what they did. But he won’t — and we cannot — forget their actions. They have to be forgiven because it was done out of ignorance.”

The Chicago Police Department confirmed to Us Weekly that Smollett was attacked early Tuesday in Chicago by two people who were “yelling out racial and homophobic slurs toward him.” Chicago Police Department spokesman Anthony Guglielmi added: “The offenders began to batter the victim with their hands about the face and poured an unknown chemical substance on the victim. At some point during the incident, one of the offenders wrapped a rope around the victim’s neck.”

Smollett, who came out as gay on The Ellen DeGeneres Show in 2015, was able to transport himself to a local hospital after the suspects fled the scene. He was released the same day and is said to be in “good condition.” The actor has not yet spoken publicly about the attack, which detectives are treating “as a possible hate crime,” but he has received numerous messages of support from celebrities such as Ariana Grande, John Legend and Katy Perry.

“What happened to jussie makes me really f—king sick to my stomach,” Grande, 25, tweeted on Tuesday. “I can’t believe s—t like this is really still happening everyday. what kind of world ? sending all of the healing energy / love i possibly can and hoping for change. what can we do ? tell me & i’m there.”

Legend, 40, wrote on Twitter: “Sending love to Jussie and the Smollett family after this horrific attack. We support you and pray that you find peace and justice.”

“Standing with and sending love to @JussieSmollett today,” Perry, 34, added. “This is a racist hate crime and is disgusting and shameful to our country #WeLoveJussie.”