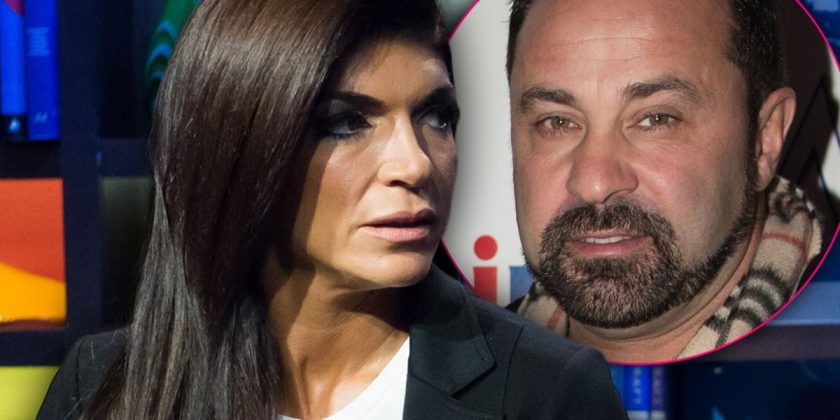 According to reports, Teresa Giudice announced at the Real Housewives of New Jersey reunion that she won’t be joining her husband Joe after he’s deported to his native Italy. But RadarOnline.com first reported Teresa’s secret plans to ditch her felon hubby amid his immigration crisis months ago!

As Radar was very first to reveal on October 10, a judge officially ruled in immigration court that Joe must be deported from the United States due to his fraud charges.

Hours later, Teresa had already made up her mind that she and her daughters wouldn’t be following her husband oversees, sources told Radar — and she decided her marriage was over.

“She is talking about divorce, absolutely,” one source told Radar later that day. “There is no way Teresa is going to uproot her life. He did this, why should she suffer?”

She even began consulting with attorneys immediately after the fateful court hearing.

“Teresa won’t be moving to Italy with Joe, period. In no uncertain terms would she even consider uprooting her life with the girls and moving,” an insider insisted.

By the holidays, Teresa ditched her wedding ring while partying in Jamaica and Miami — where Us Weekly reported she was spotted flirting with another man.

Now, Teresa is waiting for a judge’s ruling about Joe’s last-ditch-effort appeal to stay in the country with his family.

He will complete his three-year prison sentence in March — but he may not get a chance to return home before he’s booted from the U.S.

For the latest on Joe’s deportation drama, keep reading Radar.