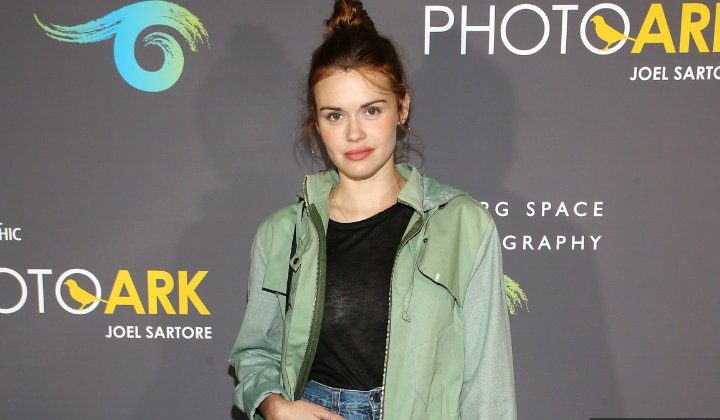 In a statement she shares on Instagram, the actress alleges that the officials were screaming at her and refusing to get her a translator as well as food and water for four hours.

AceShowbiz -“Teen Wolf” star Holland Roden was detained for more than six hours at an airport in Brazil ahead of a fan event on Saturday, May 18.

The 32-year-old, best known for playing Lydia Martin in the MTV series, was stopped by officials at Sao Paulo-Congonhas Airport, after it was claimed her visa was invalid.

Roden arrived in Brazil to attend the 4U Experience fan event taking place on Saturday, and she alleged in a series of Instagram posts that she was treated like a criminal and denied water and food by authorities.

A representative for the actress confirmed she had been detained, and issued a statement pleading for help with the situation.

“We are desperately seeking help from the U.S. embassy and Brazilian government,” the statement read. “We fear they will send her back without reevaluating her situation. We need the public to know about this aggressive and uncalled for behaviour.”

Roden later shared a screengrab of political writer Alex Mohajer’s tweets, in which he wrote that the actress was “being treated aggressively”, and slammed officials for treating her poorly.

“I am so grateful for the huge, heart warming Teen Wolf family we have in Brazil. We strive to give that love back,” she wrote on Instagram, before claiming that she had been to Brazil twice over the last two years with no problems.

“I am taken aback by the accusations and the treatment that faced me from the Brazilian Police today. I am shocked that this is the same Brazil I know and love. I hope I get to see all of you tomorrow. We are doing everything we can,” Roden wrote in the caption.

She went on to accuse airport officials of screaming at her and refusing her the assistance of a translator, but said she was hopeful she would still get to see her fans at the 4U Experience on Saturday.

It is not yet known if Roden is still in Brazil, or has travelled back to the U.S.