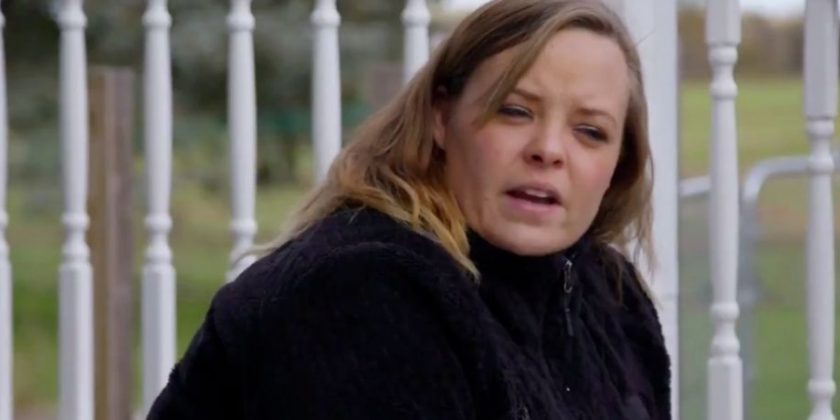 Tyler Baltierra received some backlash on Monday night on Twitter as he and wife Catelynn Lowell continued to live separately ahead of the birth of their third child.

As Baltierra and Lowell attempted to co-parent amid their shocking separation on Teen Mom OG, many fans of the MTV reality series sent message to Baltierra, slamming him for requesting time apart just months after she faced struggles with suicidal thoughts.

“You don’t deserve Cate,” one person tweeted, according to a December 18 report from People magazine. “I hope karma bites you in the a**.”

In response to the fan, Baltierra agreed that he doesn’t deserve his wife and said that he’s already had experiences dealing with karma.

“You’re absolutely right…I don’t deserve Cate and trust me, karma has bitten me many times before, so I’m well equipped when she comes knocking again!” he replied.

Although many have suspected Baltierra and Lowell’s current situation will ultimately lead to divorce, despite the fact that the couple will welcome their third child in a matter of months, both Baltierra and Lowell have assured their fans that is not the case.

According to the couple, they are simply taking some time off from their marriage to focus on themselves as individuals.

While Tyler Baltierra and Catelynn Lowell may be separated at the moment, they have continued to spend time as a family with their daughter, Novalee Reign, and recently visited Pensacola, Florida.

“Had such a great time seeing family in Pensacola! Love you guys!!!!” Lowell wrote in the caption of the photo below.

Had such a great time seeing family in Pensacola! Love you guys!!!! @mrs_amberblake

Catelynn Lowell and Tyler Baltierra got married in August 2015, just eight months after welcoming their second child. As fans of the couple well know, the reality stars welcomed first child Carly in 2009 but chose adoption because they were unable to provide her with a proper home and upbringing at that time.

According to People‘s report, Baltierra elaborated on his temporary separation from Lowell during an early social media post.

“The 30 days wasn’t even a total isolated ‘separation,’” he wrote.

“I was 8 min down the road & we had dinner dates, family movie nights, went on a mini vacation & it was EXACTLY what we needed for US! People can hate on me all day but my self assurance is not reliant on society’s acceptance.”

To see more of Catelynn Lowell and Tyler Baltierra, tune into Teen Mom OG Season 8 on Monday nights at 9 p.m. on MTV.