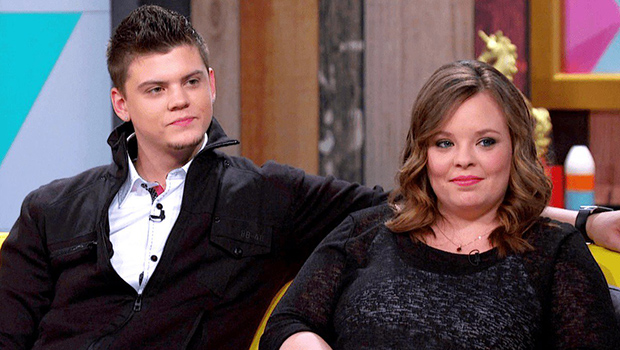 As if it wasn’t hard enough for Catelynn Lowell to have ‘Teen Mom OG’ viewers watch how hubby Tyler Baltierra wants a separation, now she’s being attacked by cruel trolls about it online.

It has to be so painful for Catelynn Lowell to watch the drama between her and husband Tyler Baltierra play out on Teen Mom OG. They hit a rough patch where Tyler needed time away from her and requested a month-long separation. Now the pregnant 26-year-old is being hammered by internet trolls to the point that she had to take to her Instagram account and call them out for being so hateful. This comes after she had to disable the comments to some of her post because things were getting too cruel.

“Tyler is still Catelynn’s biggest supporter and defender, taking time apart hasn’t changed that. Catelynn has been getting a lot of hateful messages through social media, the trolls have really been going after her harder than ever since the news about their separation came out. Tyler feels extra bad because he’s not right by her side to help her through it, that’s very hard,” a Teen Mom insider tells HollywoodLife.com EXCLUSIVELY.

Catelynn took to her Instagram on Dec. 5 and posted a message that read “Some of u people disgust me. How can we treat other women such such hate and nasty words? Especially when they’re carrying a child. No wonder I didn’t use social media for the longest time. At least I can go to sleep knowing I’m not an evil, vile person.” She then added as the caption “Why can’t we lift one another insdead of feeling the need to be so rude and disgusting. Thank god my girls will be taught to speak kindly to other people and stand up for themselves. THANK YOU to all of my supporters. You all rock!!!”

So far on the show the two haven’t separated….yet. They’re waiting for their new house to be finished so Tyler can move in and finally get his “me” time. Cate will reside in their old place with their three-year-old daughter Nova. They will continue to go to couple’s therapy and have date nights, they just won’t see each other every day or live under the same roof. This isn’t a split though, as they aren’t heading towards a divorce. They have a daughter they’ve already named Tezlee on the way and just want to make sure they’re in a good place with their marriage when the baby arrives.Tyler told Us Weekly on their Watch With Us podcast on Dec. 5 that the separation is actually going quite well, revealing “We call it 30 days of self-reflection — just positive terminology here.” He added that, “It’s funny because we actually don’t even call it separation anymore.”